June 23rd brought us to Old Orchard Beach, ME which is about 20 minutes or so from Portland. The area we stayed in was… interesting.  As soon as we checked in, we felt like we were in a different country. No one spoke English. Apparently, that area is infested with French-Canadian tourists which makes the whole place feel like a French Myrtle Beach. There was even a Pavilion. But we had a good time. The park itself was kind of claustrophobic but it had a ton of amenities that we didn’t take advantage of. A fishing pond, 2 pools, 3 hot tubs, mini golf, etc. One day, we went into Portland which had lots of nice little shops, and then checked out their famous lighthouse. The next day, we ‘popped’ into Newport, Rhode Island so we could mark that off our list! (3 hr. drive) We visited The Breakers which was amazing and had dinner on the main strip. 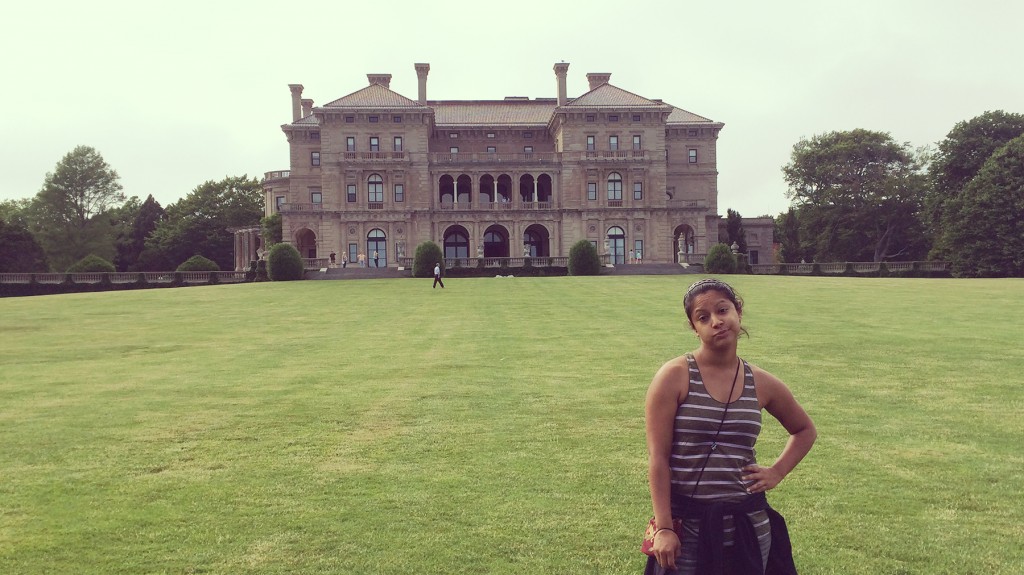 Then, on to Bah Hahbah! 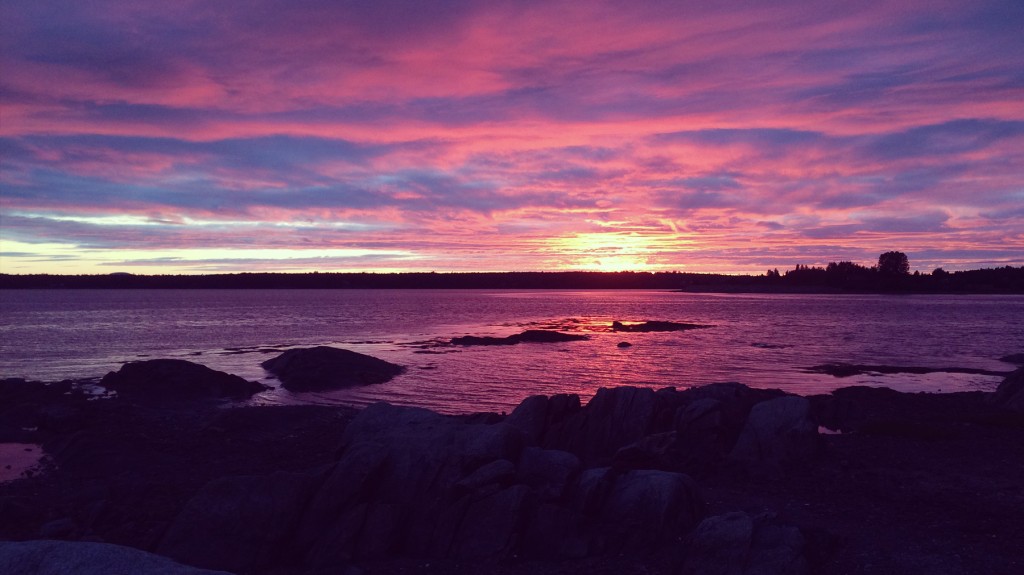 26: Man, Bar Harbor was gorgeous! The KOA we stayed in was super nice. Our view from the front window was a-maine-zing and the best part is that the entire island had free transportation. The bus even stopped right at our campground. At first we were like,”We don’t even need a car, we can ride the bus!” But after taking a few trips too many across Maine’s bumpy roads we changed our tune to,”We can ride the bus… I wish we had a car.” We also met back up with my Great Aunt & Uncle and had a lovely time in the town of Bar Harbor where we ate, shopped & even caught an improv show at Improv Acadia.

Bar Harbor is a cute little town. (Even found a geocache!)

27: The next day, we had ambitious plans of hiking several short trails but we ended up doing just 1 that took almost 3 hours. So we decided that one was enough for the day. We saw amazing views. If anyone watches that show Motion with Greg Aiello, we basically did the Sand Beach path that he did. After that, we went back to Bar Harbor and walked along the land bridge to Bar Island. During high tide, it’s inaccessible but during low tide, you can just walk right on across which we did despite how extremely tired, hot and hungry we were.

We went back to enjoy a nice fire (evenings were deliciously cold!) and much needed rest. 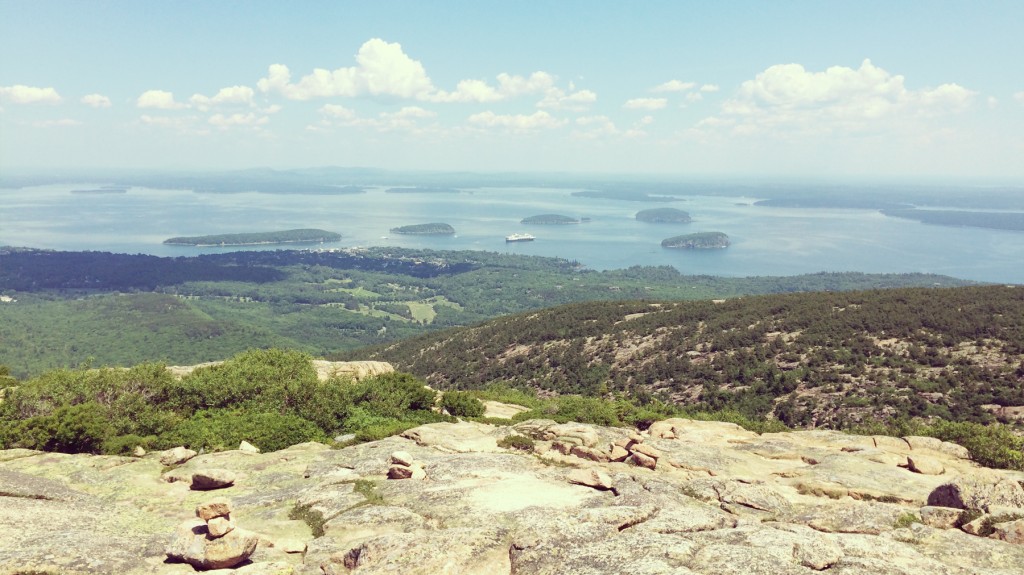 28: We were so tired from the hike yesterday that we opted to act like old folks: we took a trolley tour. I enjoyed the historical facts of the tour more than the stop at Cadillac Mountain. We were only allowed to get off the trolley for 15 minutes. Cadillac Mountain is the first part of the U.S. that sees the sun and is also the highest point within 25 miles of the east coast. The terrain was amazing but we had just enough time to hop around before running back to the trolley. But overall, it was nice. 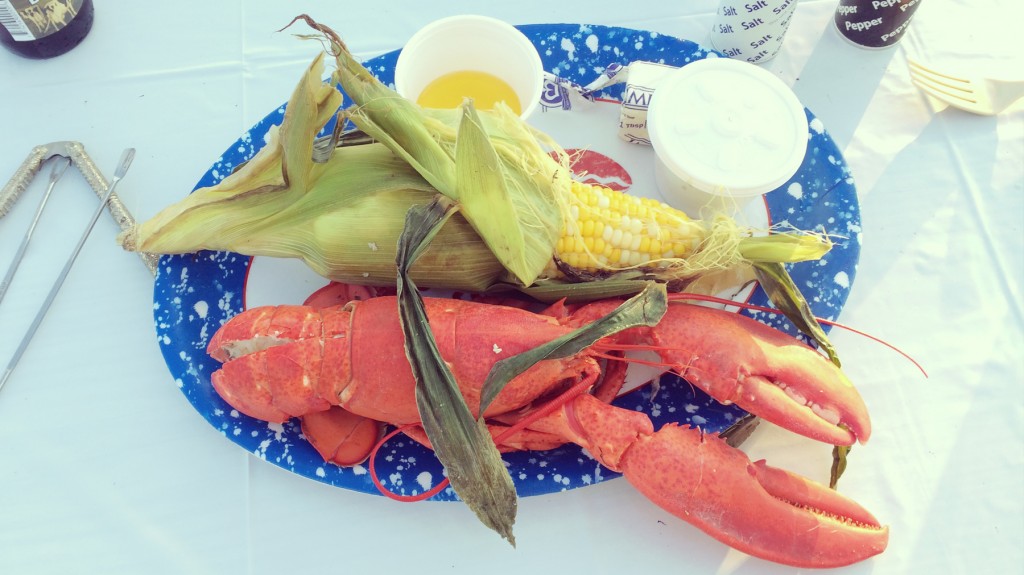 We came back to our campground where we had what was probably the best meal we had our whole time there. There was a dude who steamed fresh caught lobsters right on site. So we split a plate & had steamed corn with it. He steamed it all in the same ocean water where it was caught that morning by his nephews. We did have to get a short tutorial on how to eat it, though.

Another night by the fire and here we are. Saying Bah Bah Bah Hahbah! 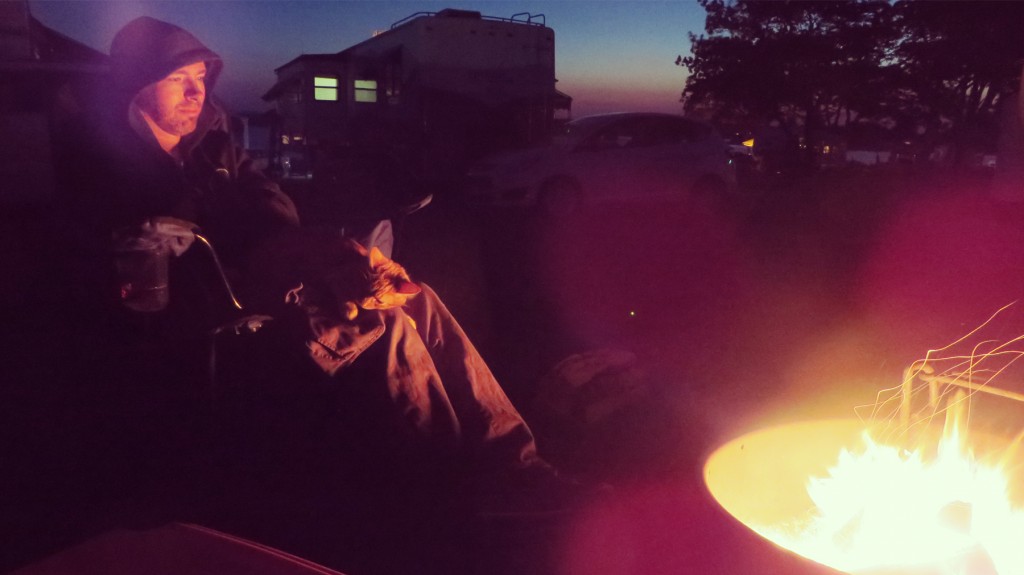