The most Cratery Lake Ever!

Our half way point between Portland and SanFrancisco was Crater Lake National Park. We parked in a tiny town called Gold Hill, rented a car and drove up for a day of sightseeing and hiking. For those that don’t know, Crater Lake formed when Mount Mazama blew its top, and the caldera filled with rainwater and snow melt. It is the deepest lake in the Untied States (1,949 ft deep) and one of the clearest lakes in the world. We wound our way up the ancient volcano, hit the visitors center for our national parks passport stamp, then head to the historic lodge right on the lake to grab some lunch. The lodge is situated right on the edge of the lake offering all its guests stunning views of the lake that is the bluest blue to ever blue. 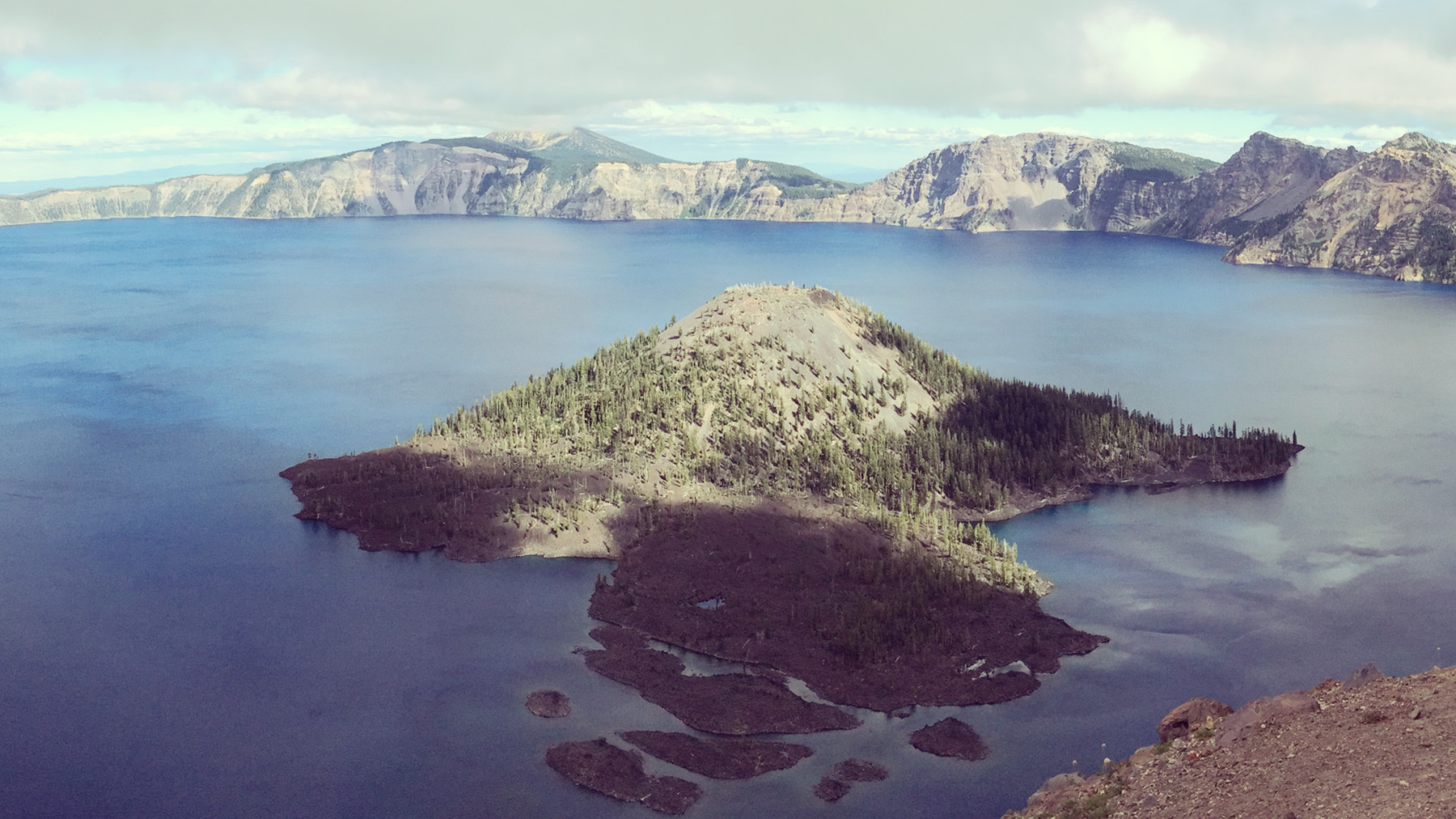 Full of trout, Jeena and I hit a quick little loop trail that went up to an area overlooking “The Phantom Ship.” The ship is a bunch of rocks jutting out of the water. By the looks of it, and if I had to guess, I’d say it is a remaining section of the filled conduit of a fissure from which probably poured many of the lower levels of lava constituting Dutton Cliff. But that’s just a guess. 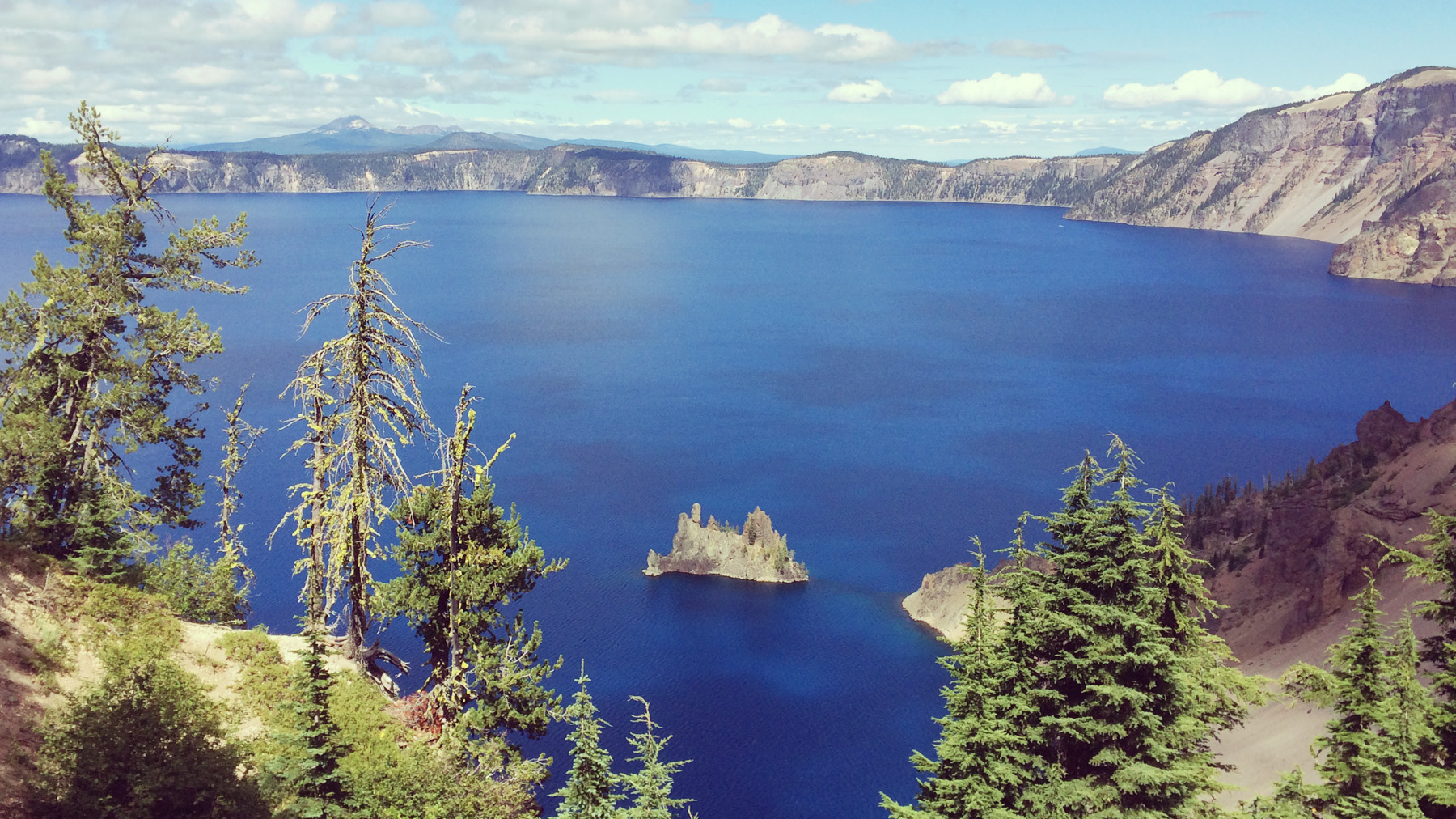 After our quick hike we hopped on the ranger led bus tour around the lake. We are starting to like these bus tours. We don’t have to worry about parking at the overlooks, and we learn a ton of interesting stuff without having to read! Yay ears! The ranger giving the tour fancied himself a comedian. In fact, all of our guides on this trip have attempted to be funny at some point. Which led me to think, hey, maybe I could be a ranger. I like nature, and I like to make people laugh. I inquired after the tour about how to become a ranger. I was hoping they would just slap a badge on me and send me on my way like they do with the Jr. Rangers, but apparently you have to apply for it, and you need experience of some sort, like a real job. Boo hiss. Maybe one day I’ll make rangering my 4th profession, but not today. 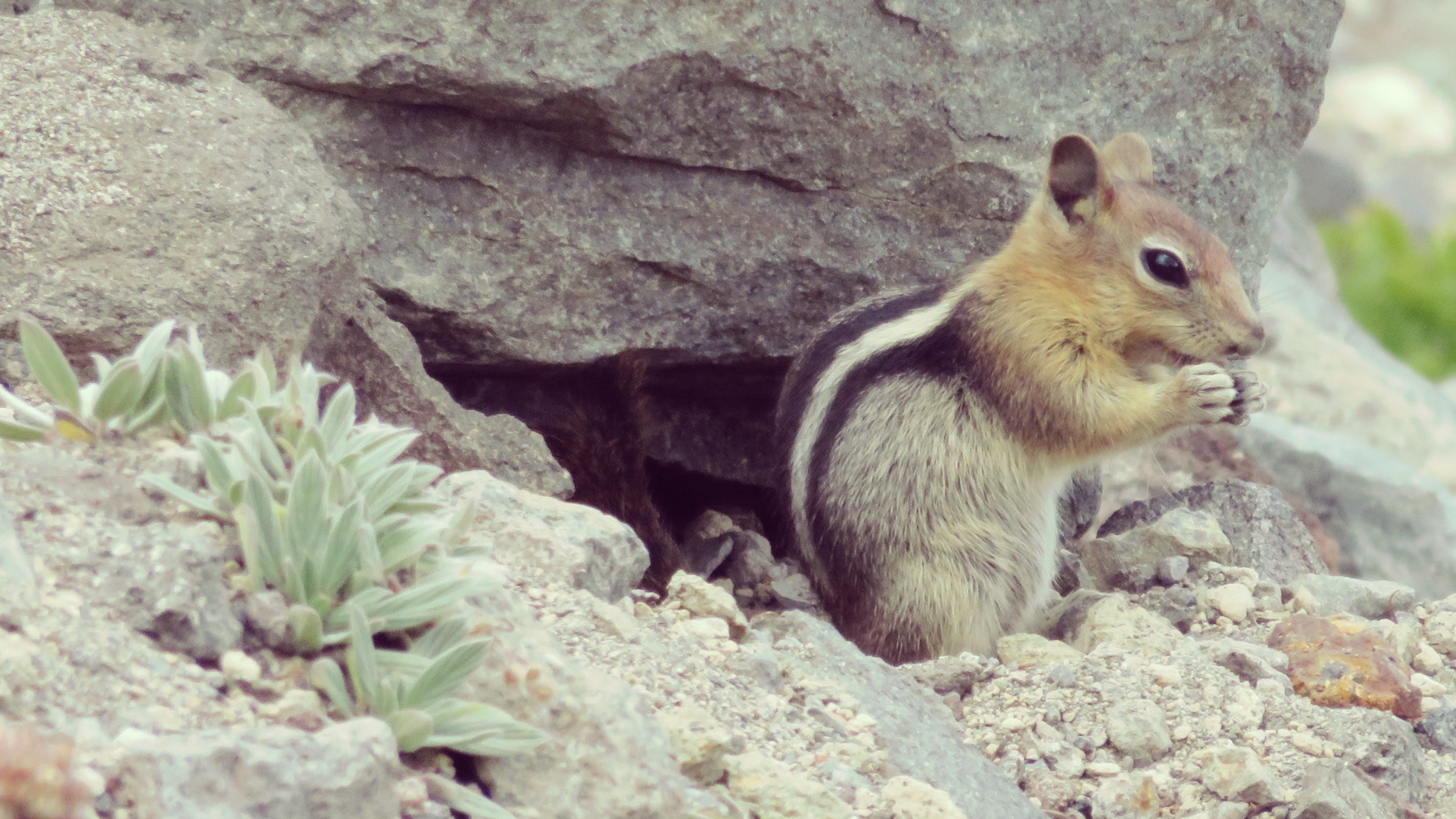 On the way home, we took a “I’m tired lets stop” break at the Rogue River Gorge. This place had everything we liked, trees, water, lava tubes, and a gorge. So glad we stopped! Crater Lake and the surrounding area is definitely a must see. One day was plenty, but it would be great to go back stay at the lodge, and soak it all in slowly. 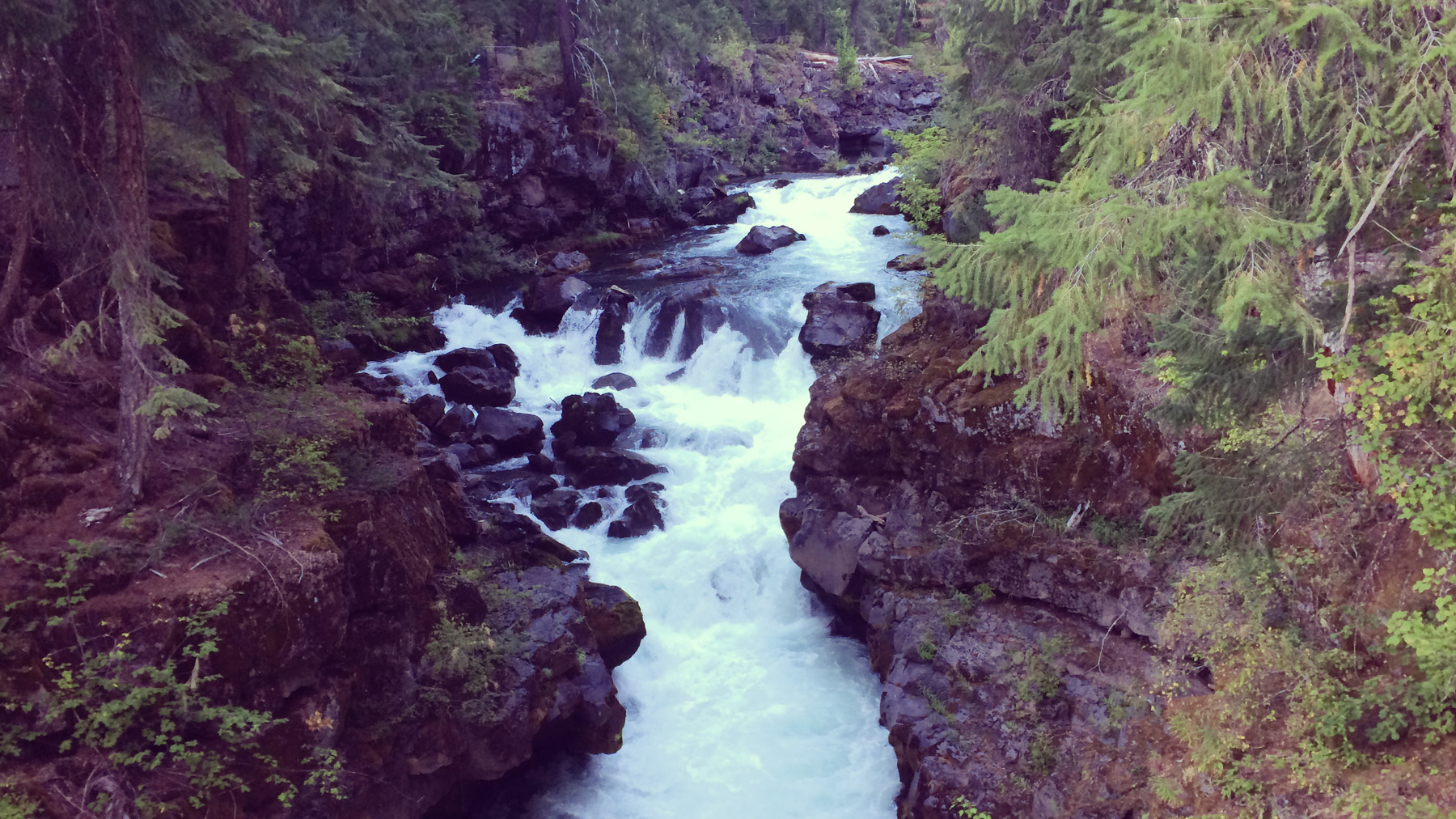 Next stop, SAN TO THE FRAN CISCO!