While in Anacortes, I got an email from a friend/client (who happens to be a guitar tech for Aerosmith). He asked if we were in the area because Aerosmith was playing at The Gorge Amphitheater with Slash. He told us to pop by, he had tickets and back stage passes waiting for us! What? We couldn’t pass up that opportunity at all! So we packed up our stuff and set out for a KOA campsite near The Gorge in fabulous Ellensburg, WA. 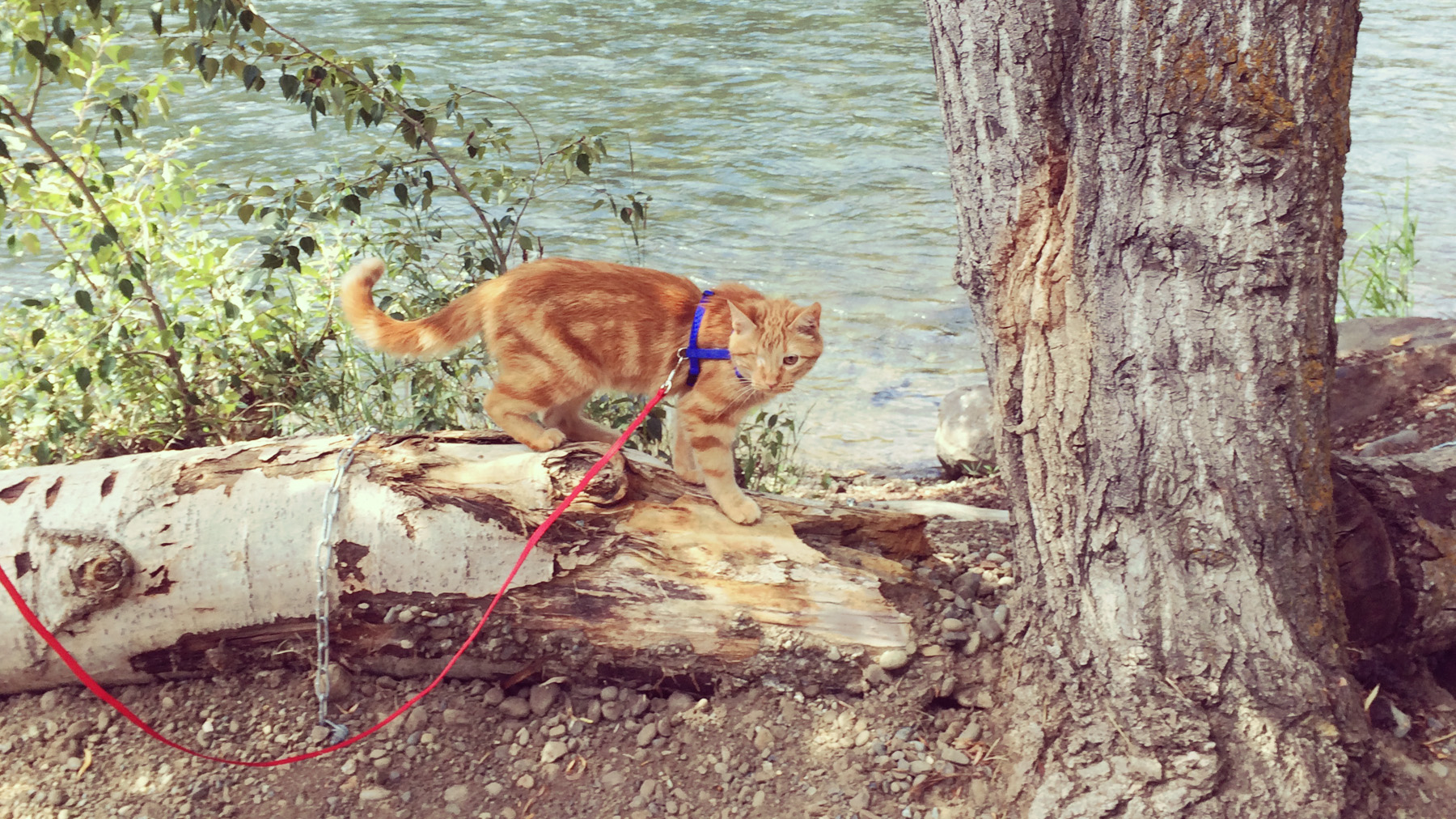 Our campsite was nice because we had a spot right on a river! It was packed with weekend campers who like to party. As much as we like peace and quiet, it is nice to have some people around us. Most of the RV parks we stay at feel like the suburbs. Everyone shut in, keeping to themselves. 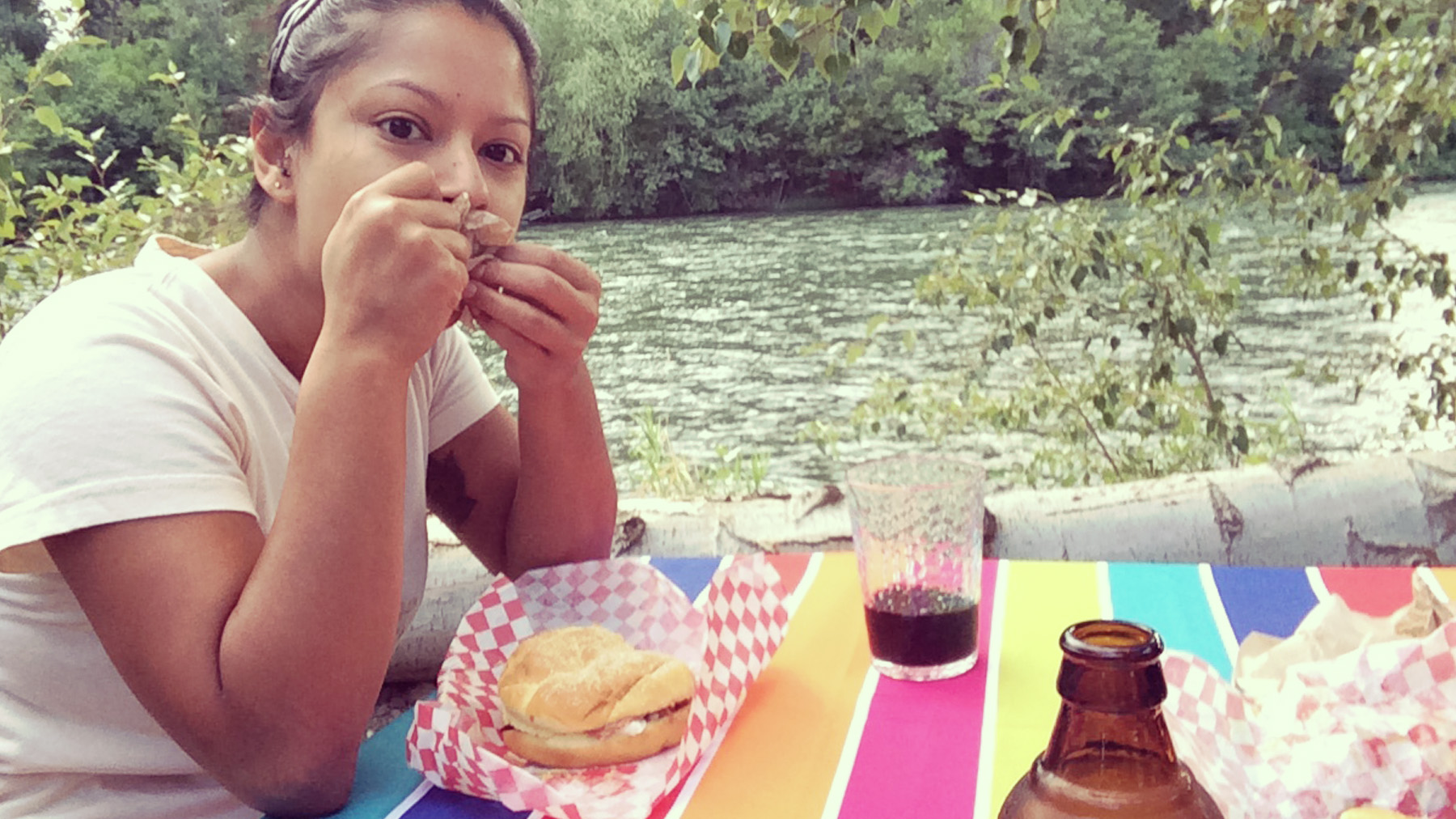 The first night at the campground, we bought some pulled pork bbq sold right at a food truck in the park! It was delicious. It was a nice little reminder of home. The next morning, we got up, grabbed a geocache and lazed around for the day since we knew we would be up late enjoying a concert later in the evening. 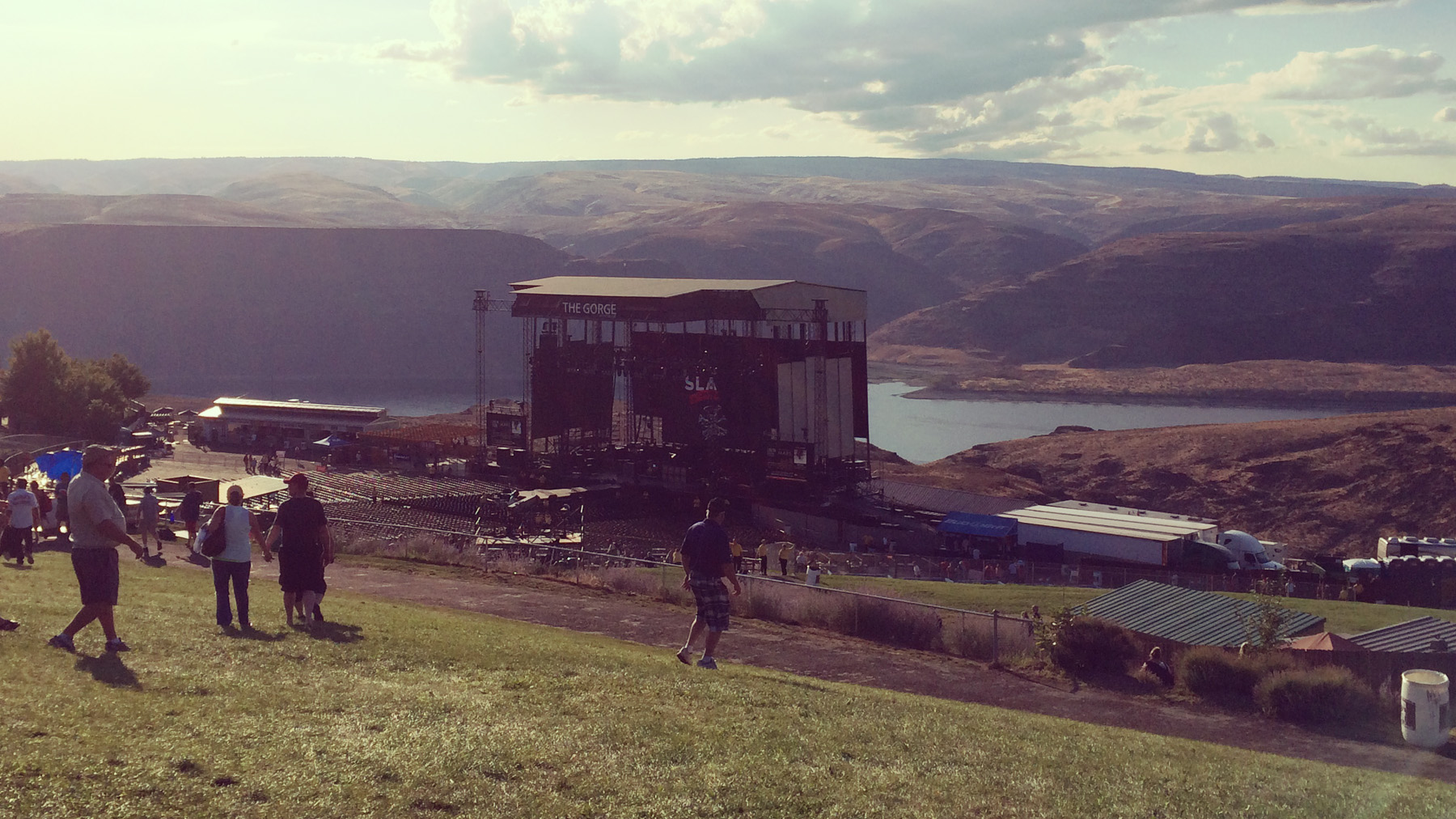 That evening, we headed to the concert venue  perched atop a gorge (which was breathtaking), met up with our friend, Greg, who immediately walked us backstage. There, he showed us all of Aerosmith’s numerous guitars, and threw custom guitar picks at us like he was making it rain. I know Greg because I created the logos for his company 3 Monkeys Amps. Brad Whitford (guitarist for Aerosmith) is a partner and uses them exclusively on stage. There’s nothing quite like seeing a stack of amps with your logo on them getting ready to melt 20,000 screaming fans faces. 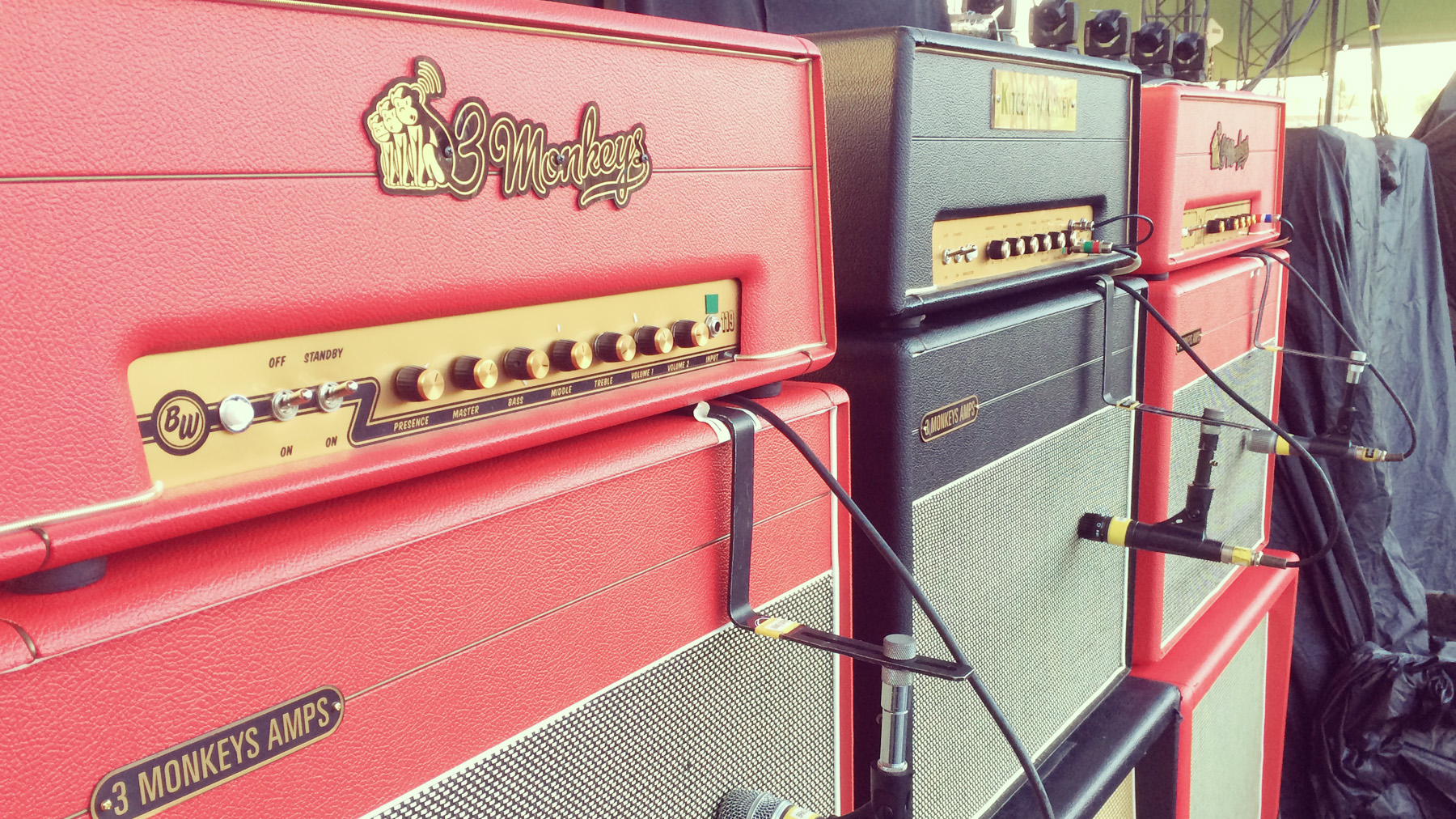 The show was getting ready to start and we were starting to head to our seats when Greg said,”You can watch Slash from backstage if you want.” Um, what? Yeah! Just then, Slash walked past us and started playing… and for his entire set, we just stood there watching the show from his point of view. We really are lucky to have had rockstar eyes for a night!

As we were standing, there we noticed on the set list that Duff (the bass player from Guns N’ Roses) was going to be doing a guest spot on It’s so easy! Just then, Duff walked up and started talking to Greg. Jeena about had a heart attack. She kept asking if she should ask him for a picture, to which I explained over and over, this is not the time. I know she was super excited, but no one wants to get bothered right before they have to perform. I promised her she would get another chance, and we did at the end of Slash’s set. Greg was nice enough to pause near Duff so Jeena could try to ask (although her voice was in her toes) and for me to use my nasally booming man voice for his picture. Jeena would have really loved to have her picture with Slash, but I’d say Duff was a nice consolation prize! 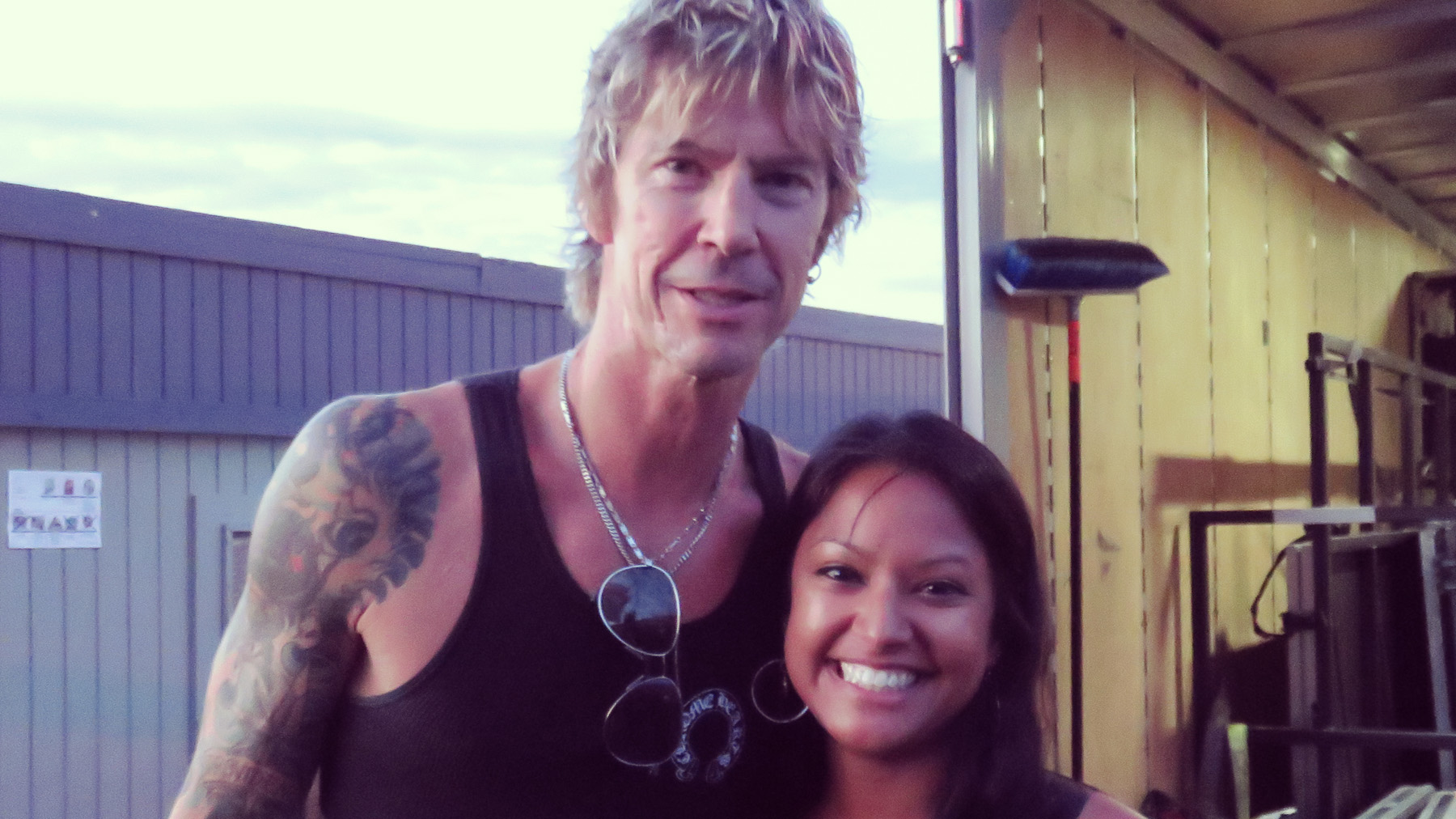 After the picture taking, we headed to our great seats for Aerosmith. This show was something to see. Seeing such an iconic American band was pretty awesome. They put on a great show. The drummer was hospitalized days before so they almost had to cancel, but the drummer’s son filled in and rocked it out. After the show, Steven Tyler called him a hero for saving the day, and the entire audience erupted in cheers and applause. I wouldn’t doubt if there were a few wet eyes in the place. It was quite a moment. I think everyone felt vicariously proud of him for doing the show. 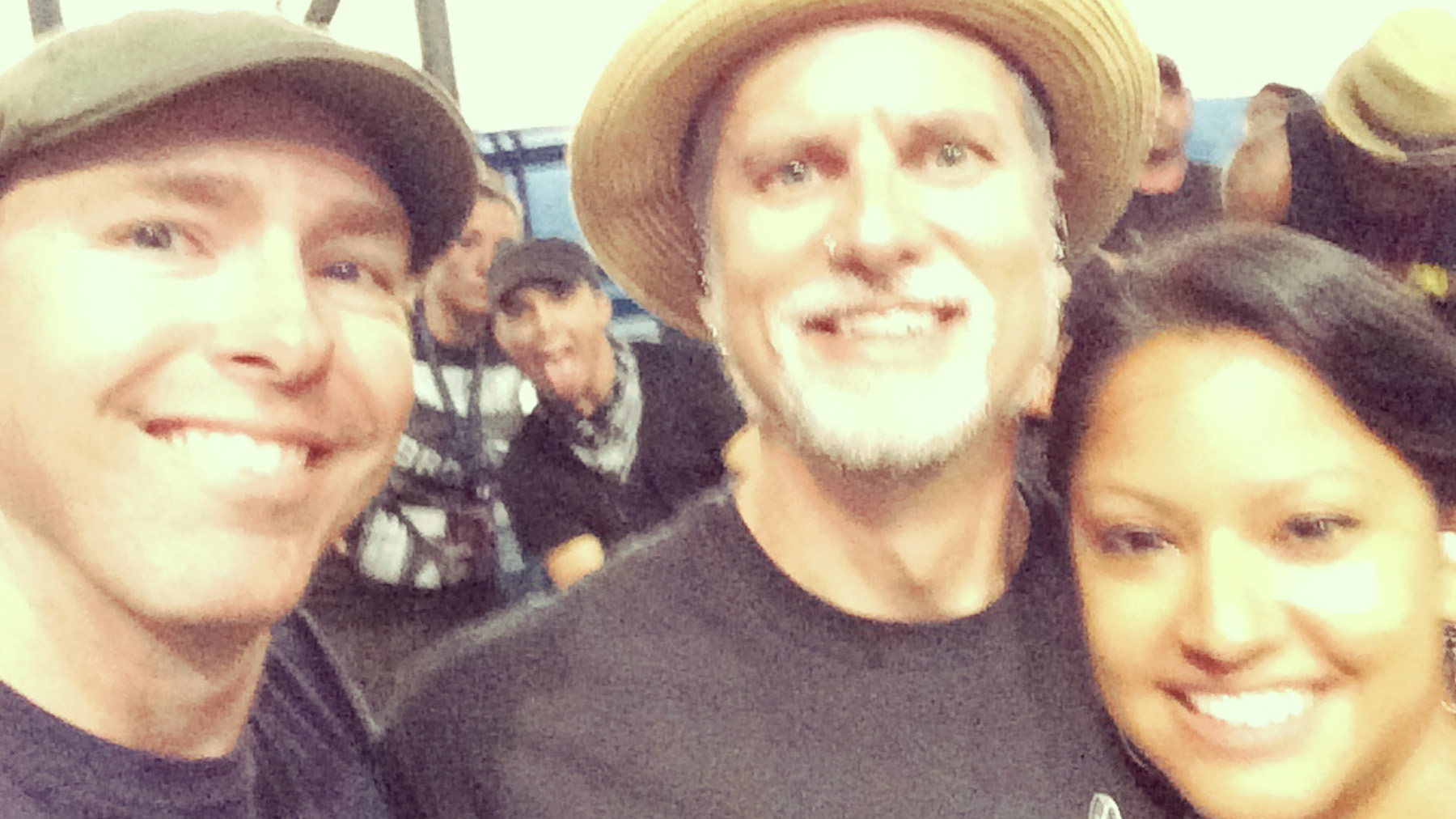 Although we hadn’t planned on hitting that part of Washington, we were glad we did. We owe Greg big time for this once in a lifetime experience!

3 Comments on “Detour to Awesometown, OR!”