Utah Part 1. We finally made it to the state we were both looking forward to the most and it delivered. Utah is the most beautiful place in the world, in America. We hit 3 parks while we were in Kanab: Zion, Grand Canyon and Bryce (4 if you count the state park). There’s not really much to say about what we did. We hiked a lot. And took a lot of pictures and ooh’ed and aah’ed and had a great time. Utah is a gorgeous state with a plethora of outdoor activities and the scenery changes from 1 mile to the next. All 3 parks had completely different things to offer. 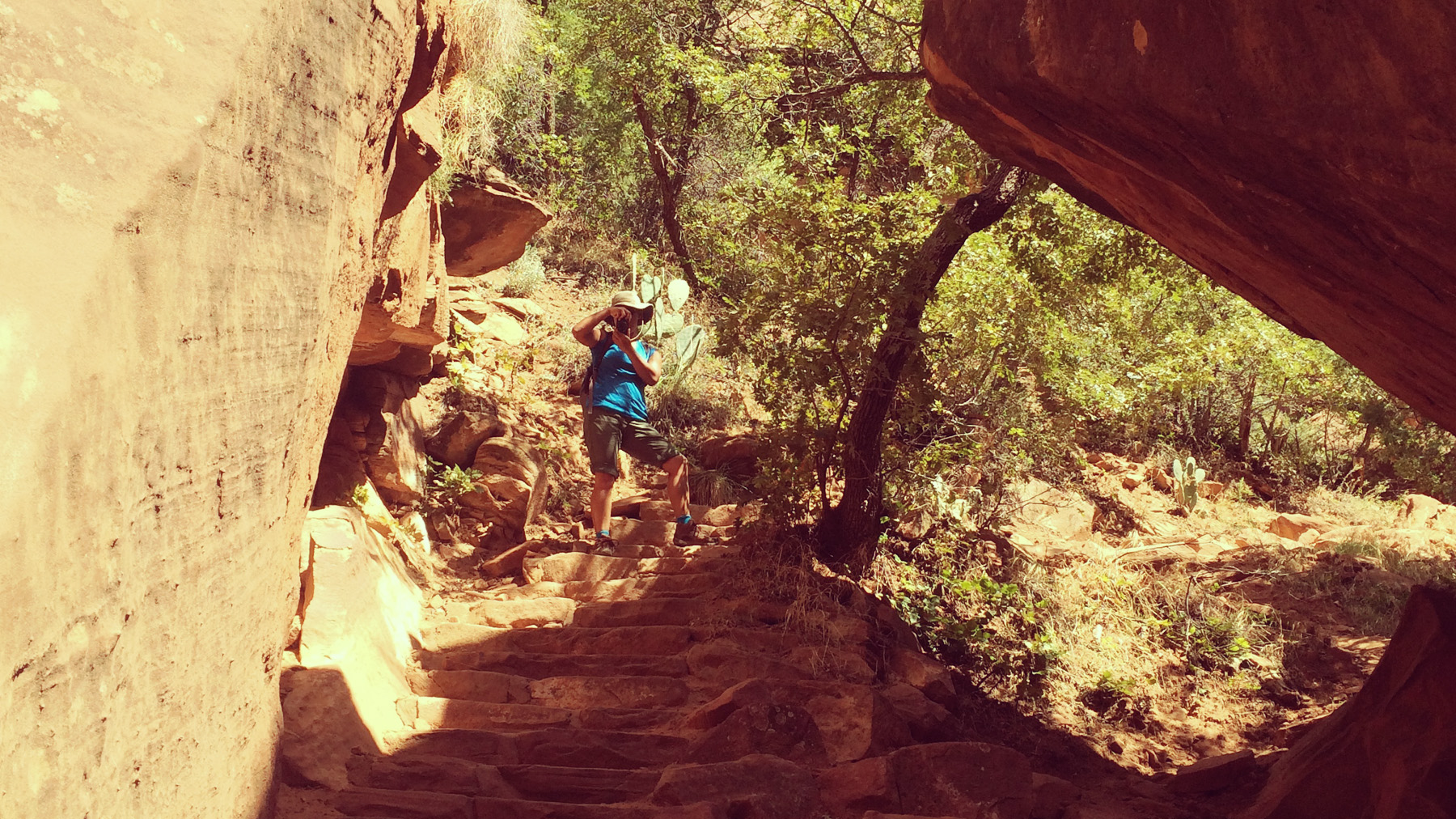 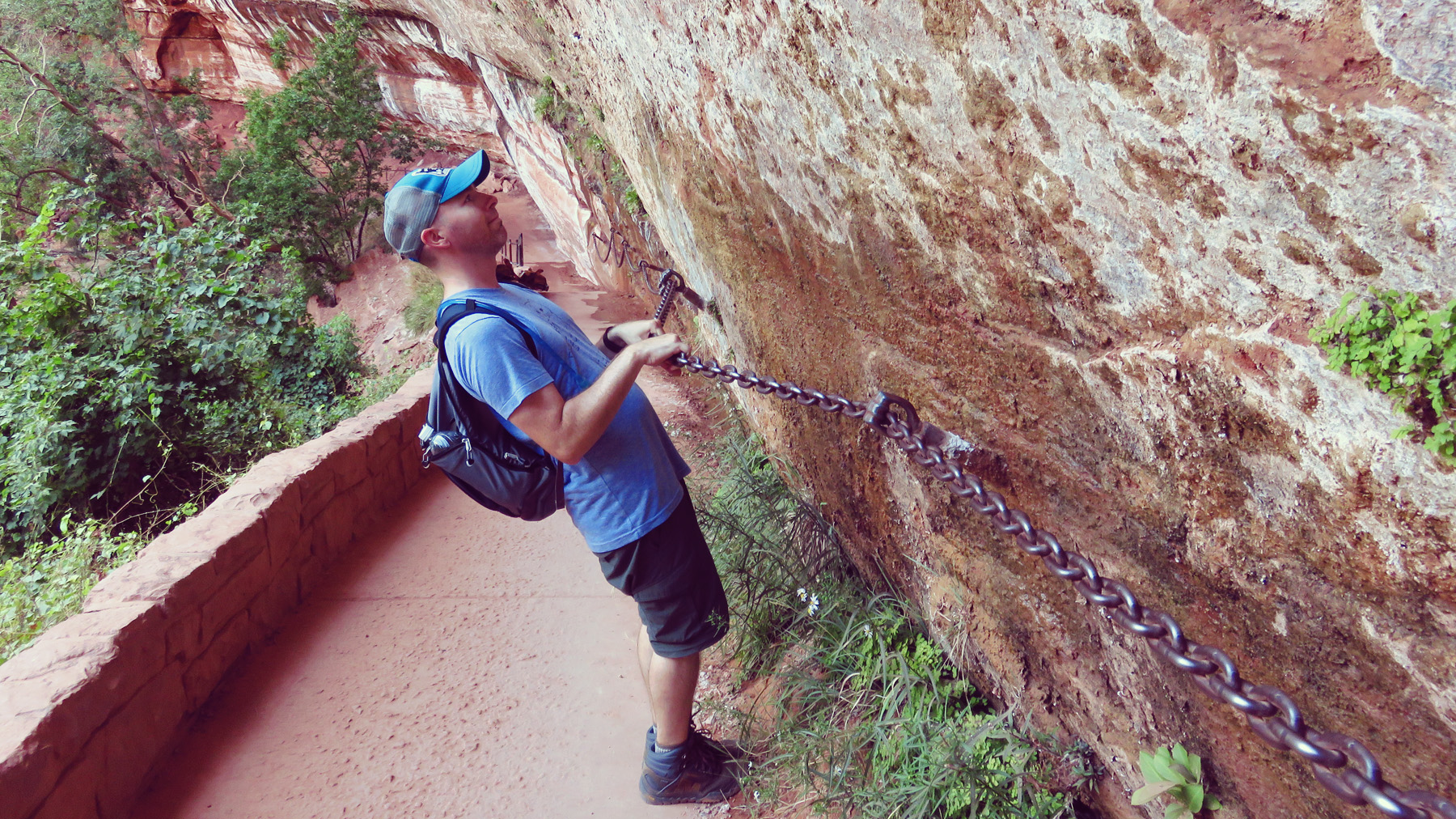 Zion was surprisingly small. For some reason, I thought it would be much bigger but it was still breathtaking nonetheless. We did a long hike to different levels of a waterfall. Unfortunately, every river, waterfall and/or lake in Utah was pretty much dry since it’s summer. But the hikes were still amazing. Even though we were exhausted after the falls hike, we did some shorter ones after that. We hiked the trail that lead to the Narrows. If you don’t know what the Narrows is, it’s basically a very long hike through very narrow paths. It’s to the point where you have to squeeze yourself through some of the areas. I think one day I’d like to do that hike. It’s an estimated 8-10 hour hike and they prefer you go with a ranger. We’ll back for that one! 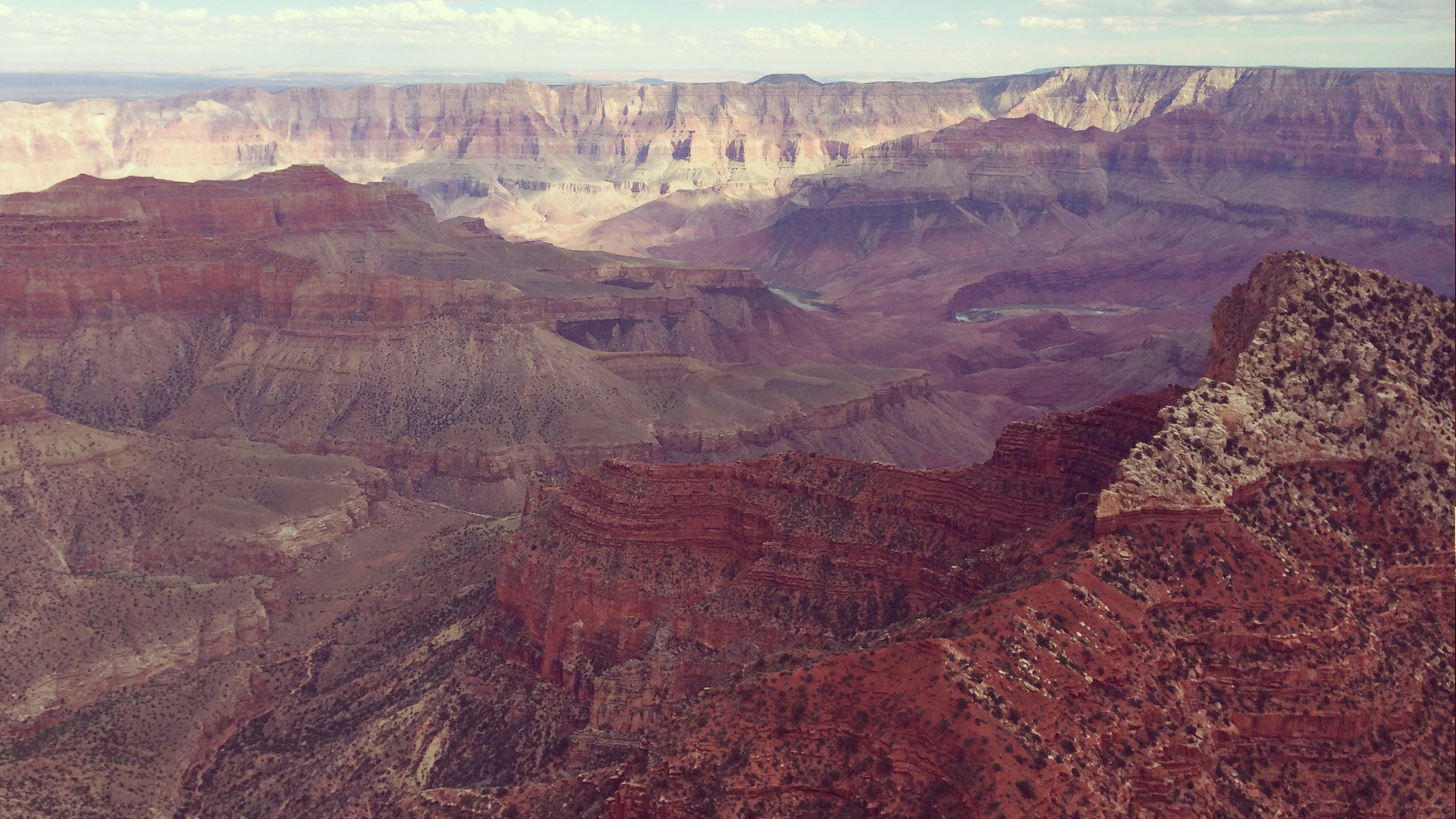 Then, the next day was the Grand Canyon. We went to the Grand Canyon to the South Rim on our 2nd anniversary so it was great to see the North Rim this time around. While the view from the South Rim is better (in my opinion, it’s a much wider view and seems to go further), the North Rim was amazing in its own way. My favorite part was the lack of crowds. Seriously, even their visitor center parking lot was tiny. 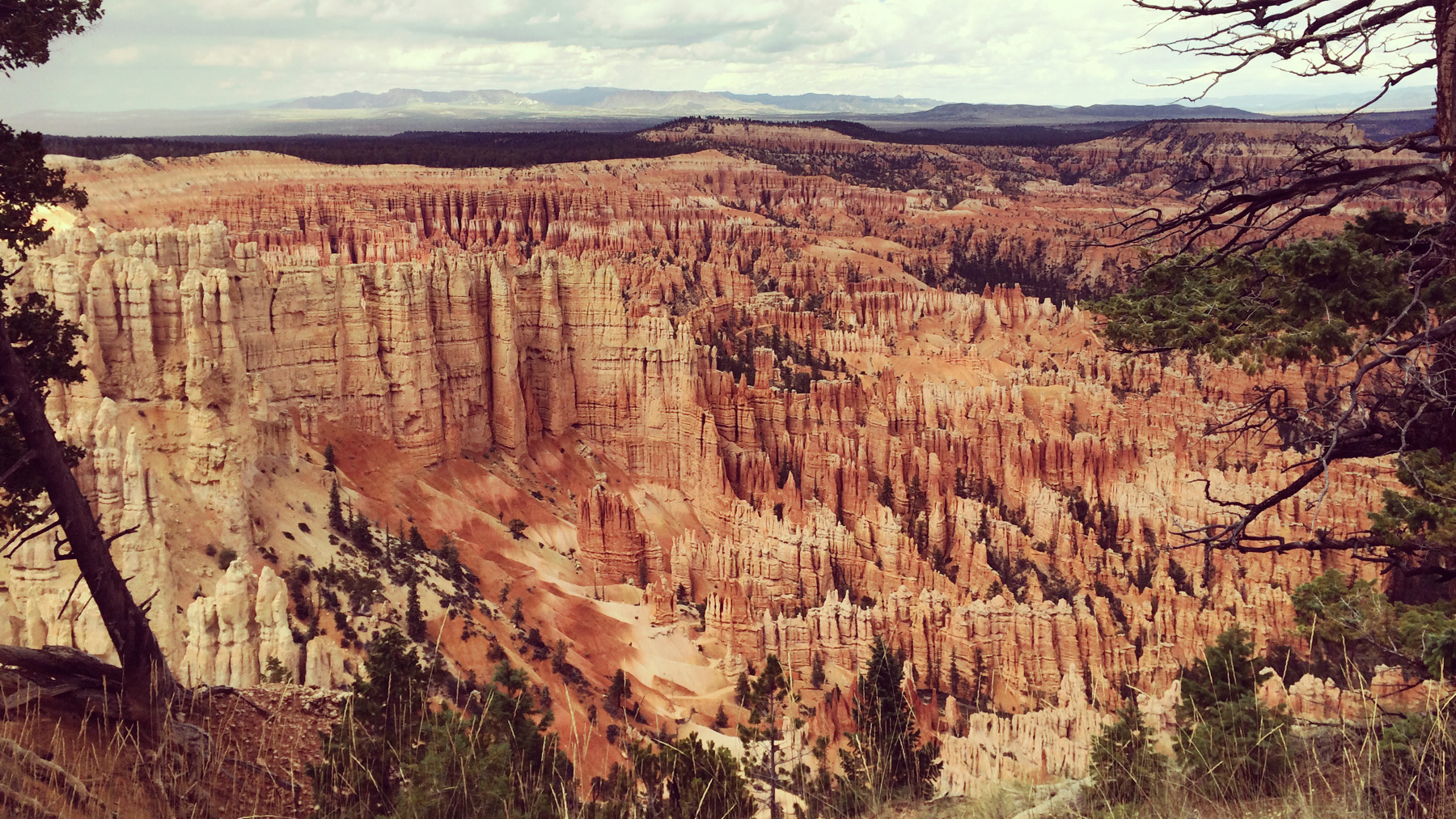 Bryce was also surprisingly small. It was also a rainy day; probably our first rainy day the whole time we’ve been gone so far. We parked our car & took a shuttle to Bryce Point and were planning to do part of the Rim trail. Our plans were thwarted, though, when during our hike, a thunderstorm started up. Lightning is a big killer on rim trails so we basically ran half a mile along the rim, snapping quick pics & finding a path back down to shelter to wait for the storm to pass. It didn’t quite pass so we hopped on the shuttle again and went to the lodge for a late lunch. The storm did finally blow over and we attempted to get back on the rim but it was still thundering so we decided to call it quits for the day. It wasn’t in the cards to hike that day. On the way back to the RV park, we ended up stopping at an awesome state park: Coral Pink Sand Dunes Park. We kicked off our muddy hiking shoes, rolled up our pants and walked our aching barefeet through the crazy soft sand. So that was a nice end to a dreary day!

The RV Park in Kanab was nice. The WiFi was pretty decent and the park itself was nice. We biked one day to dinner and there was also an animal sanctuary close by. (Best Friends Sanctuary) We stopped by hoping to get a tour of the cat building but they only did guided tours at certain times.

We left Kanab feeling satisfied with our introduction to Utah and were eager to reach Moab.