After we came down off our Aerosmith/Slash high, we landed in Portland. We stayed in a weird park. They didn’t allow any motorhomes older than 10 years old and the place just had an eerie vibe. We almost never saw anyone there and everything was too clean. All the cars were spotless, the grass was overly green & manicured. Total movie set. The one guy I saw had on a business suit but was walking a bike.

We didn’t do much, actually. We went to Alberta St, had some great Indian food at a place called Bollywood, and went to a bar. The bar was called the Hilt and the only reason we went there was because someone had an adorable Corgi puppy out front. But the bar was cool anyway. I ordered a Habanero infused vodka drink which was yummy. Shane pointed out that everyone in Portland has the same types of tattoos. No color at all. Wonder why? 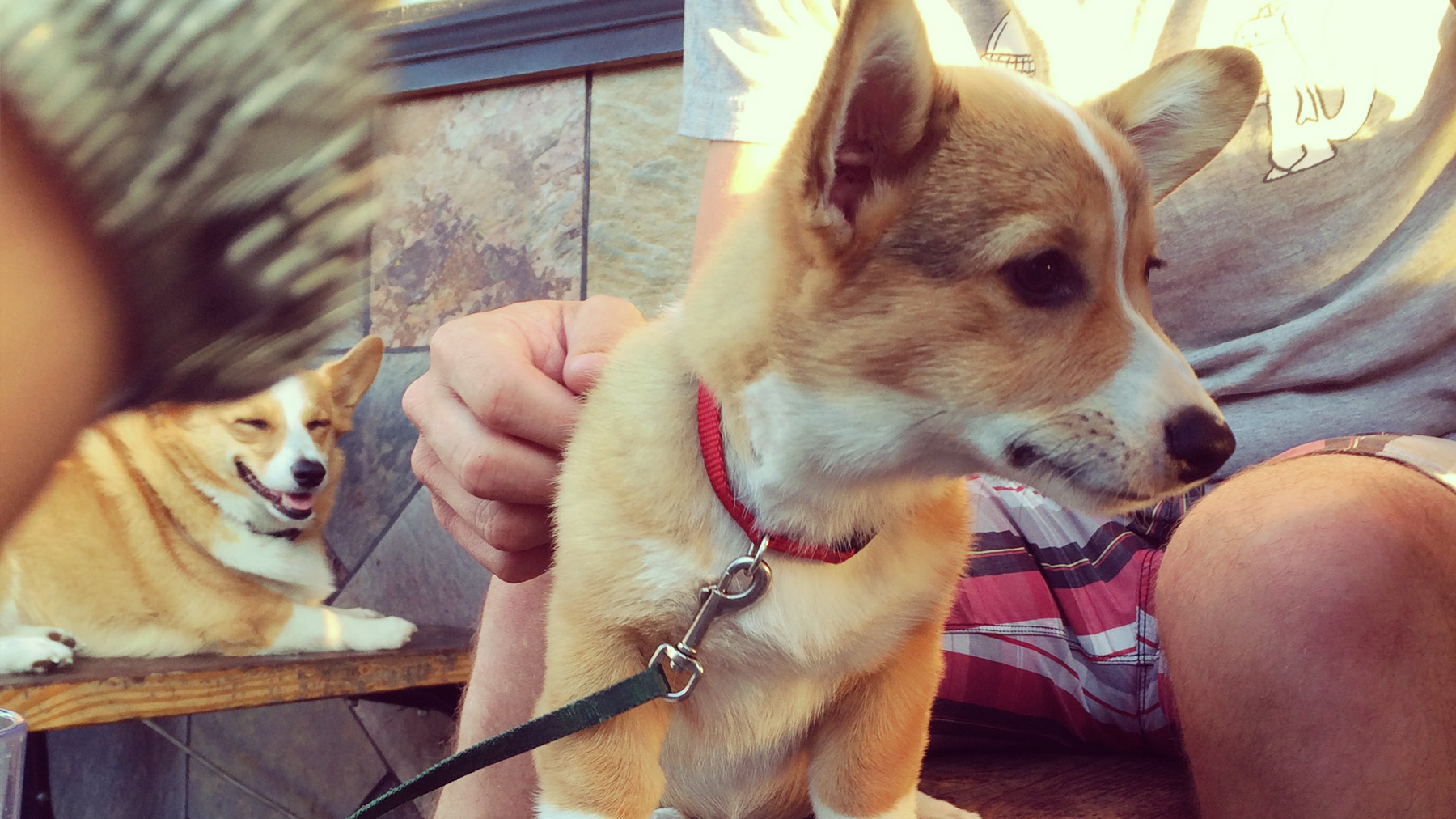 The next day, we went to Astoria to look at Shane’s childhood. Seriously. 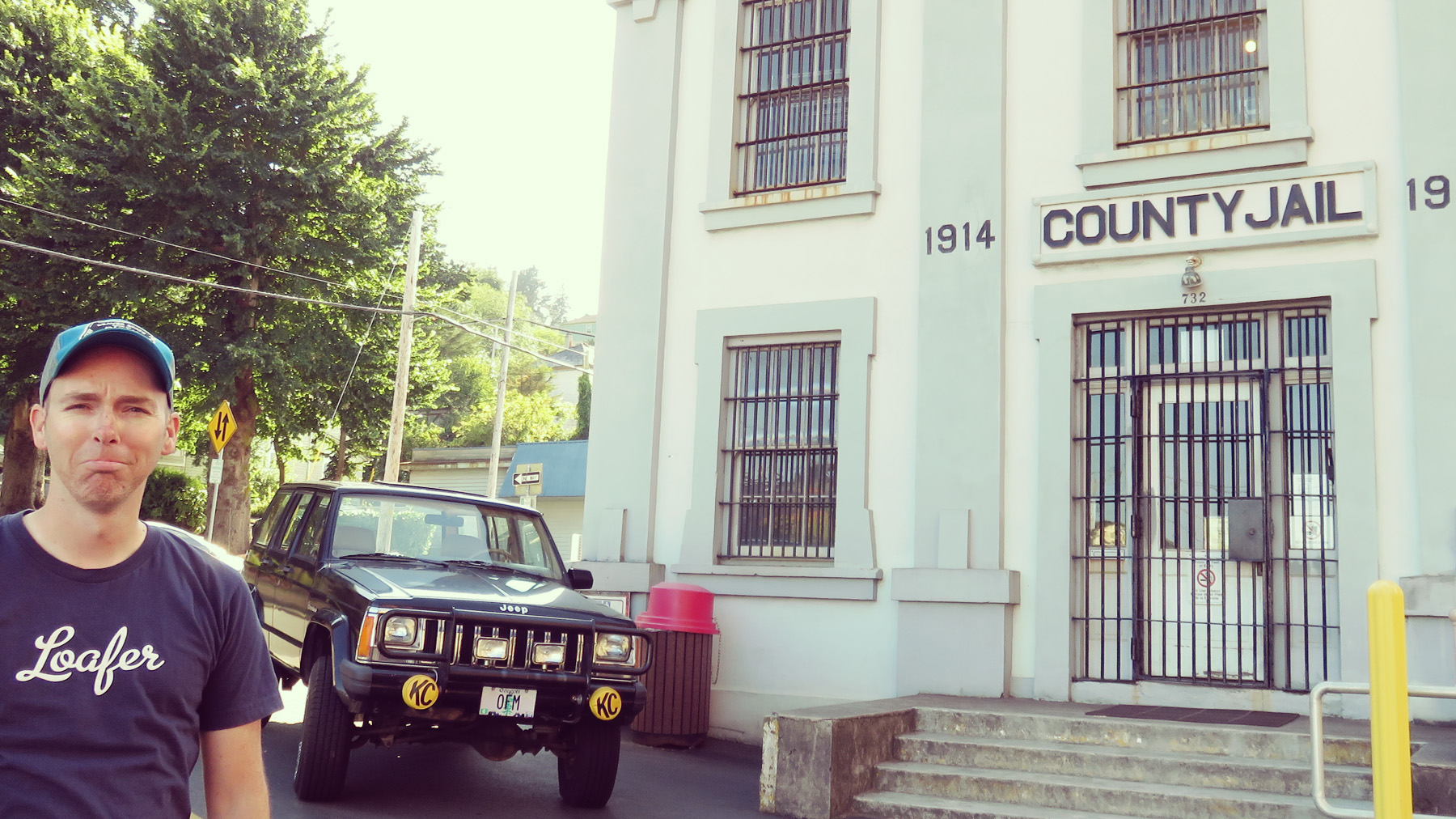 We rushed over there and were stuck in crappy traffic. We reached the Jailhouse at 5:10; they closed at 5:00 so poor Shane. He didn’t get to see it. It would have been cool, too! It housed all of the movie related stuff and even had the Goonies vehicle parked out front! So close!

But we did see the Goonies house! The house itself was nice but just a house. And it was weird that the owners flew their Israeli flag on it (which wasn’t in the movie!) but we snapped pics nonetheless. We also found a geocache near the house so that was a bonus! 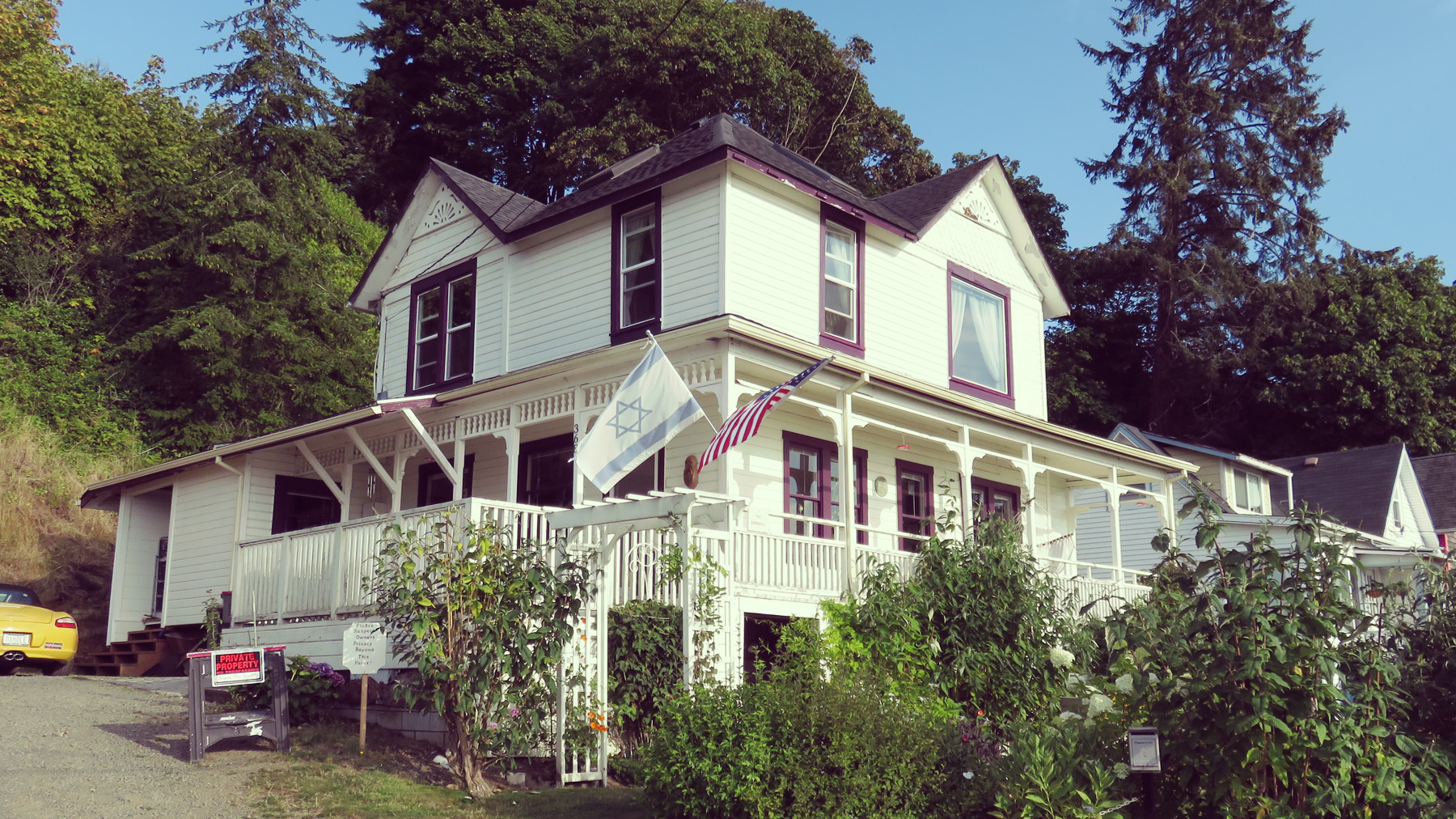 After that, we went to the Lewis & Clark National Historical Park. We didn’t have much time and our main goal was to stamp our Passport book which we accomplished. We did a very short trail to a fort and after that, we headed to the Goonies Rock, aka Haystack Rock.

It was a gorgeous beach! But we weren’t prepared as usual. It was freezing and we still had on shorts/tank tops, etc. But we didn’t spend terribly long there. Just long enough for Shane to re-enact scenes. Just kidding. No, I’m not.

We left the rock & wandered around the cute little street and went to Screw & Brew (Hardware store + bar) for some dinner. We met a lovely couple, Rick & Hillaree, and we chatted with them for a while. It was Rick’s birthday and we enjoyed hanging out with other folks who have a great sense of adventure as well! (Murder Inn, anyone?) 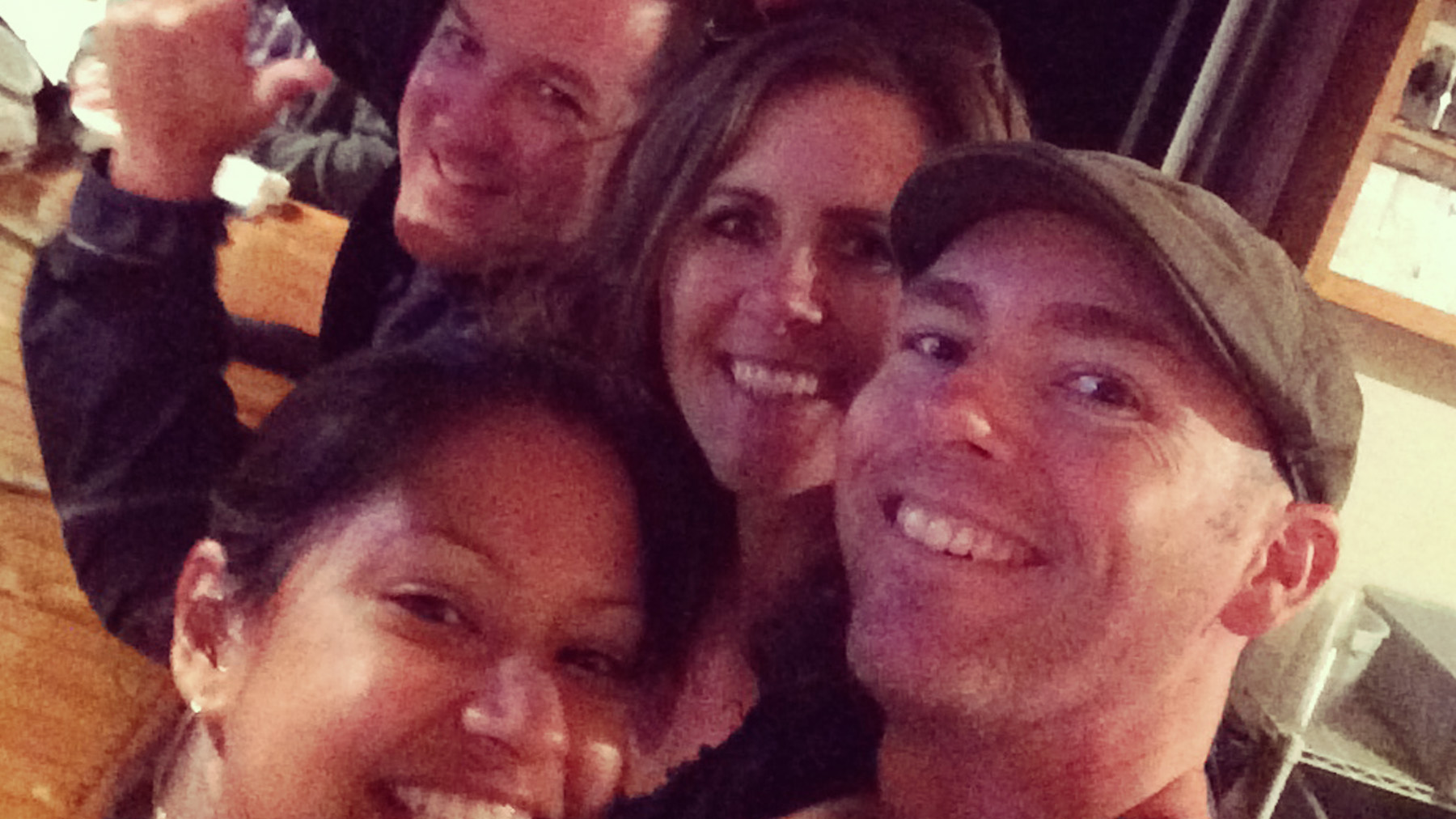 While we were hoping to hang out with our friend, Lynn and her boyfriend, Eric, we were unable to. Lynn was in Charlotte for a very important family event. The night we would have gone to see Eric at his bar, we didn’t want to impose or interrupt any of his possible travel plans to Charlotte. However, we do know we’ll visit Portland again and see our buddies! And we’ll also see more of Portland. Two nights was not enough but we had to reroute and reschedule for the Gorge.

Next up: Crater Lake, OR!

← Detour to Awesometown, OR!
The most Cratery Lake Ever! →
Tweet