This is probably going to be a long post so warm up your eyes.

We arrived to San Fran on a Thursday and just settled down the first night. The park (located in Marin) wasn’t spectacular but it was perfectly functional and the Wifi was excellent. It was basically a parking lot with hookups but it was right on the water and walking distance to the ferry that would take us right into San Francisco.

Friday night, Shane’s best bud Eric, picked all 3 of us up from the RV to head back to his & Christine’s place for a sleepover. We did what the 4 of us do best together: went out for drinks. Then we ate pizza from a delicious place and had more drinks, then went home and had more drinks! The next day, we got up, picked up their son from his sleepover at his grandparents and went on an unintentionally long hike. There were many elements against us: 3 year old in tow, hungover, no water, hungry. However, we managed the 3-ish mile hike, found a geocache and survived and replenished with awesome food from a restaurant called Fish (they sell fish, get it?). 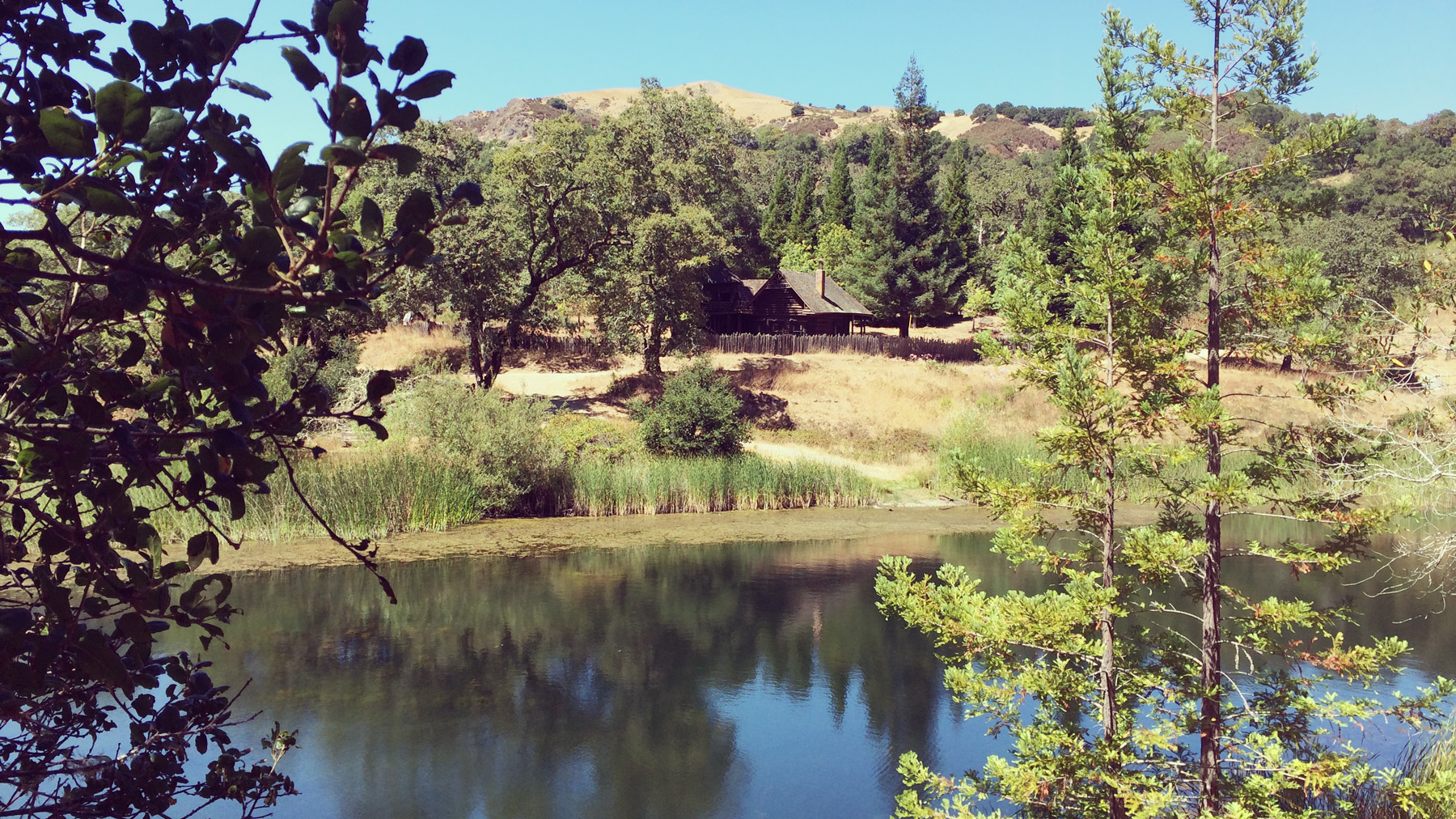 They dropped us off near Fisherman’s Wharf so we could meet up with our good NC friends, Jenn and Josh. Jenn was our saviour this trip. She brought us Duke’s mayonnaise which we ran out of and had been craving. 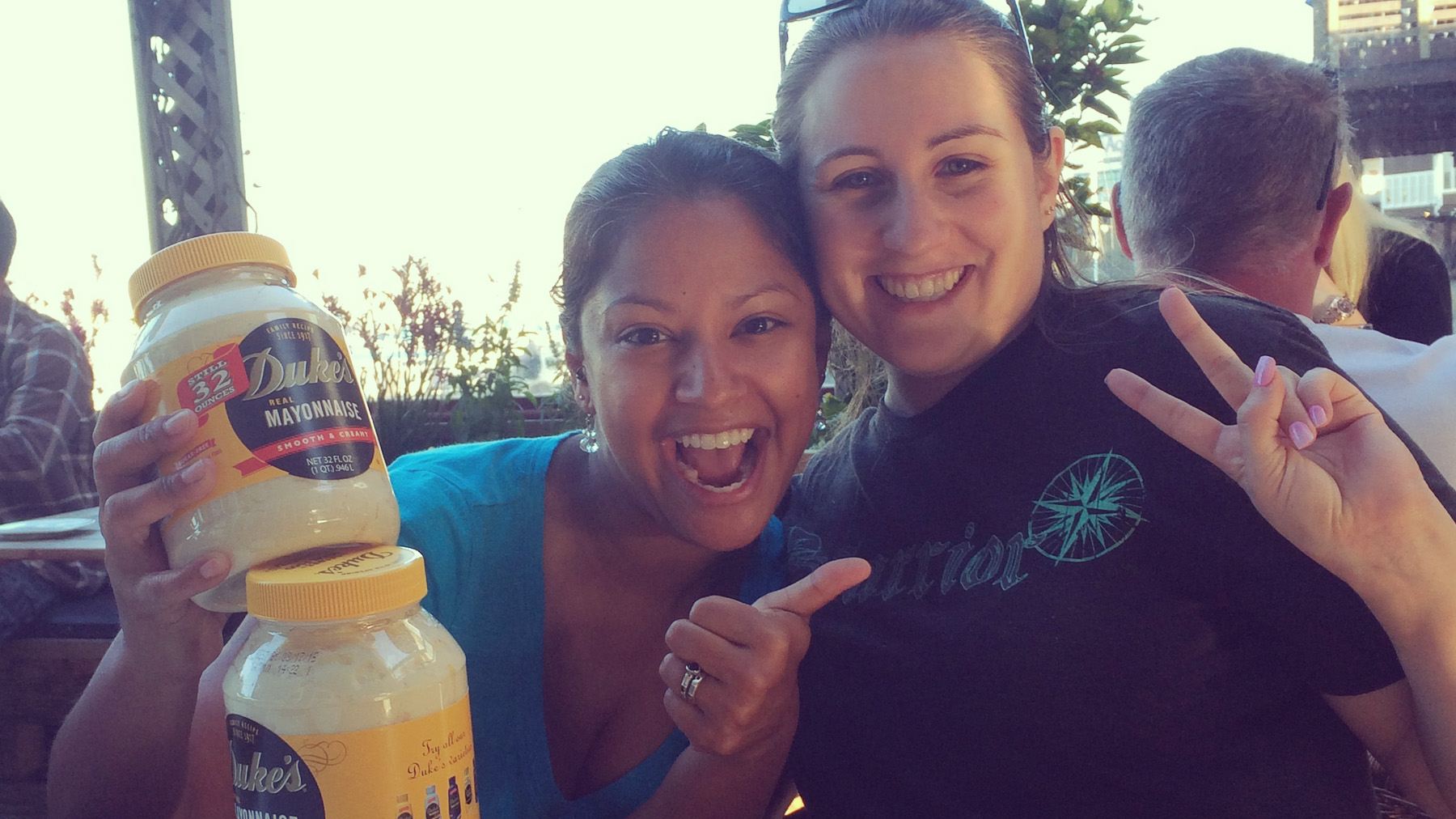 So we acquired those and had drinks at a wine bar, dinner at a cute Italian restaurant and then drinks again at Rogue Ale Public House where they make beer from cultures taken from a guy’s beard. Not any random guy but I can’t remember the story. Bottom line: it was nice being around home folks!

That night we were awoken at 3 in the morning by our RV shaking back and forth! We both had many thoughts go through our heads: Riot! Someone was shaking our RV! Shane was violently tossing & turning in bed! Shane was jumping on the bed! I blame Shane! So I yelled at him thinking he could stop it until I woke up fully and realized it was an earthquake. It was pretty frightening. Tonka slept through it all, oddly. But the next morning, we watched the news & turns out Napa was pretty badly damaged. So much wine destroyed! But everyone was ok and after that, things were peachy, for us, not for all the wine in Napa.

Sunday, we decided we’d head to Golden Gate Park thinking it wouldn’t be busy. We were wrong. It was crazy packed with dumb people so we didn’t linger terribly long. Just long enough to tour the Japanese Tea Garden and then we went to Japantown to meet up with Jenn and Josh again. We shopped a little and had Japanese BBQ and then Ubered back near the Wharf for more beard drinks! 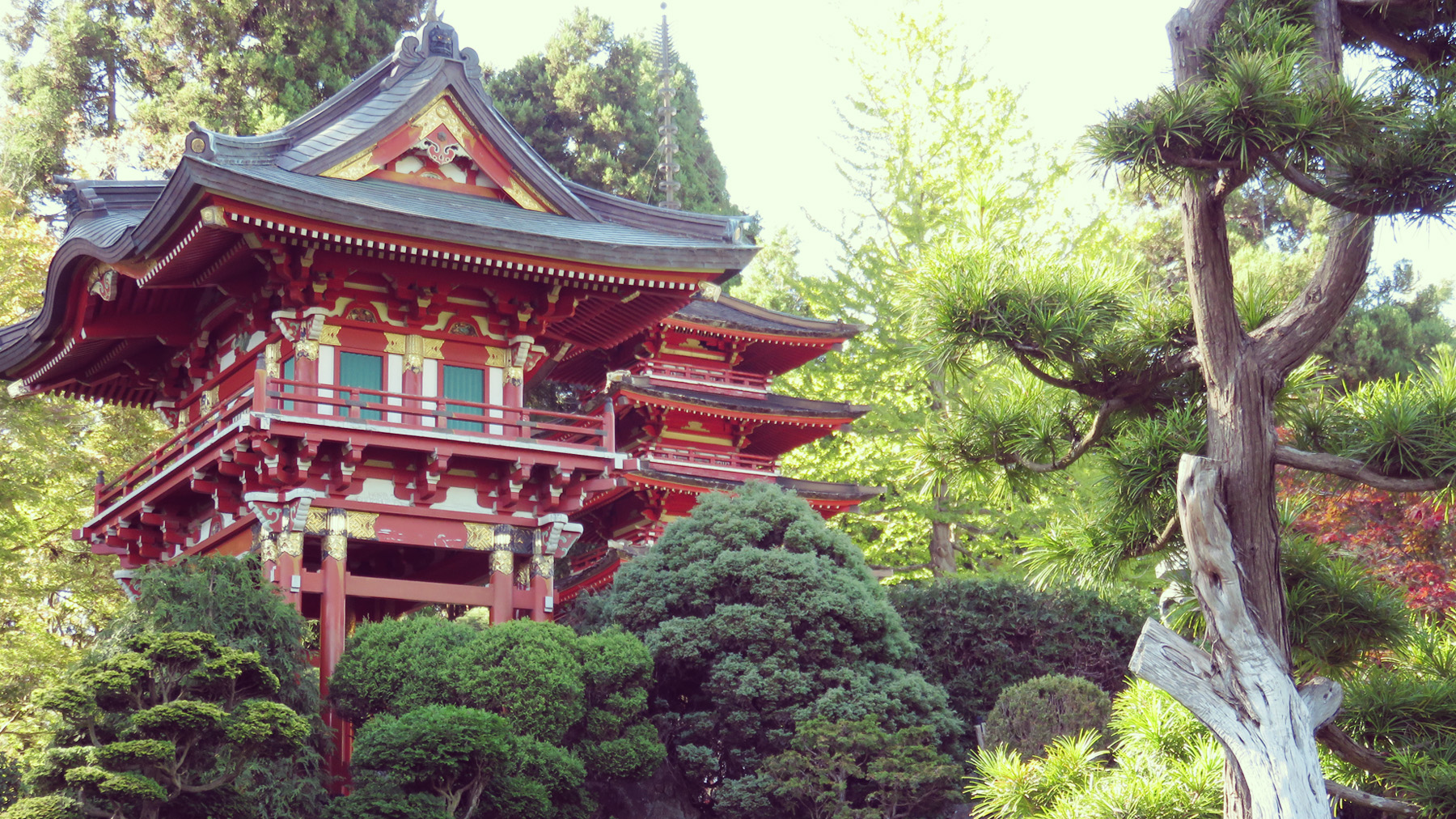 We didn’t do much on Monday, actually. We went to Eric & Christine’s place for dinner and drinks but it was a pretty low key night which was nice since we all had to work the next day.

Tuesday, we went on a combo tour to Alcatraz and Angel Island State Park. Although I’ve been to Alcatraz before, it’s still always an experience. The smell of sea gull poop was overwhelming but just being in such a fortified prison was spooky. 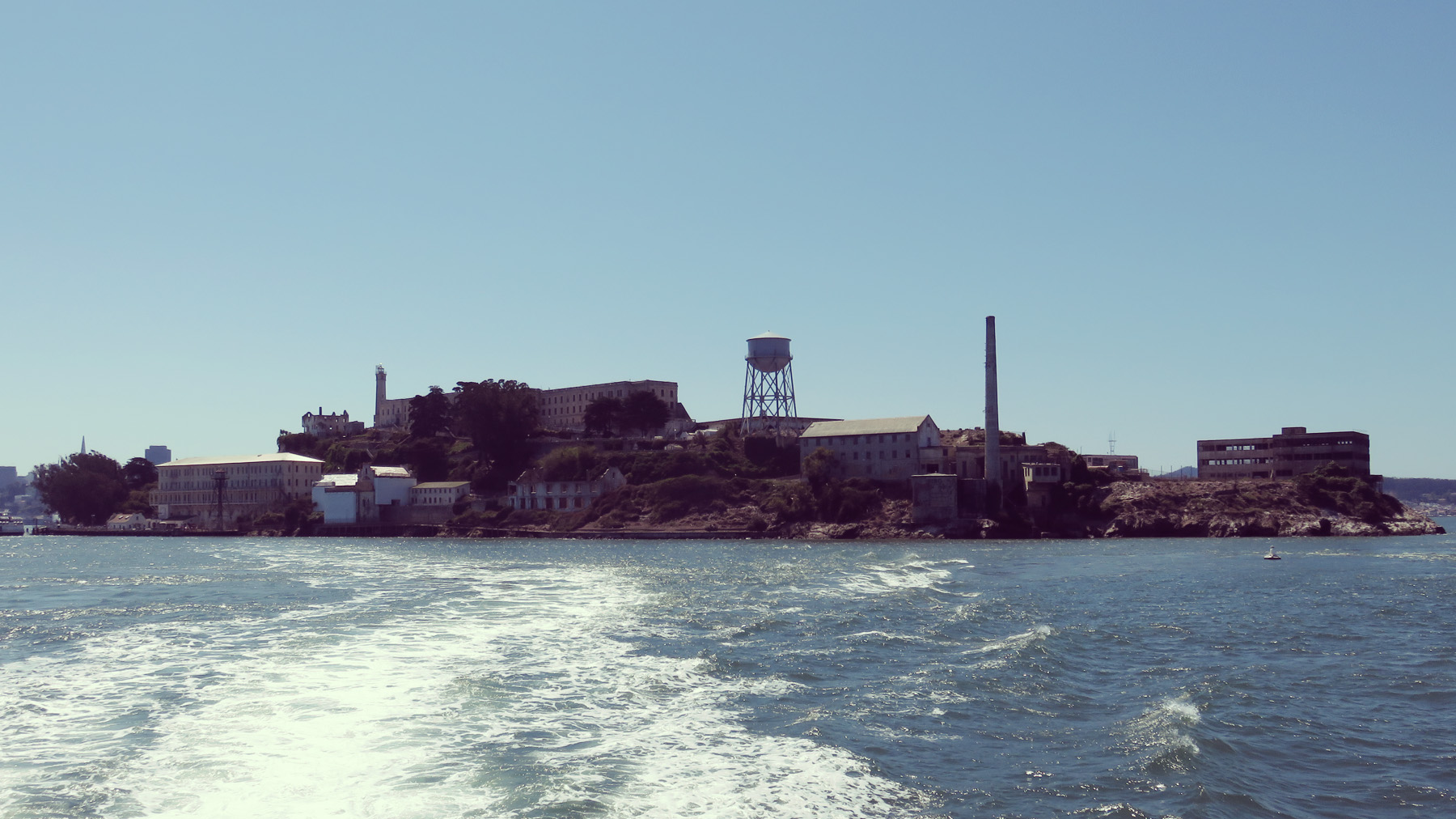 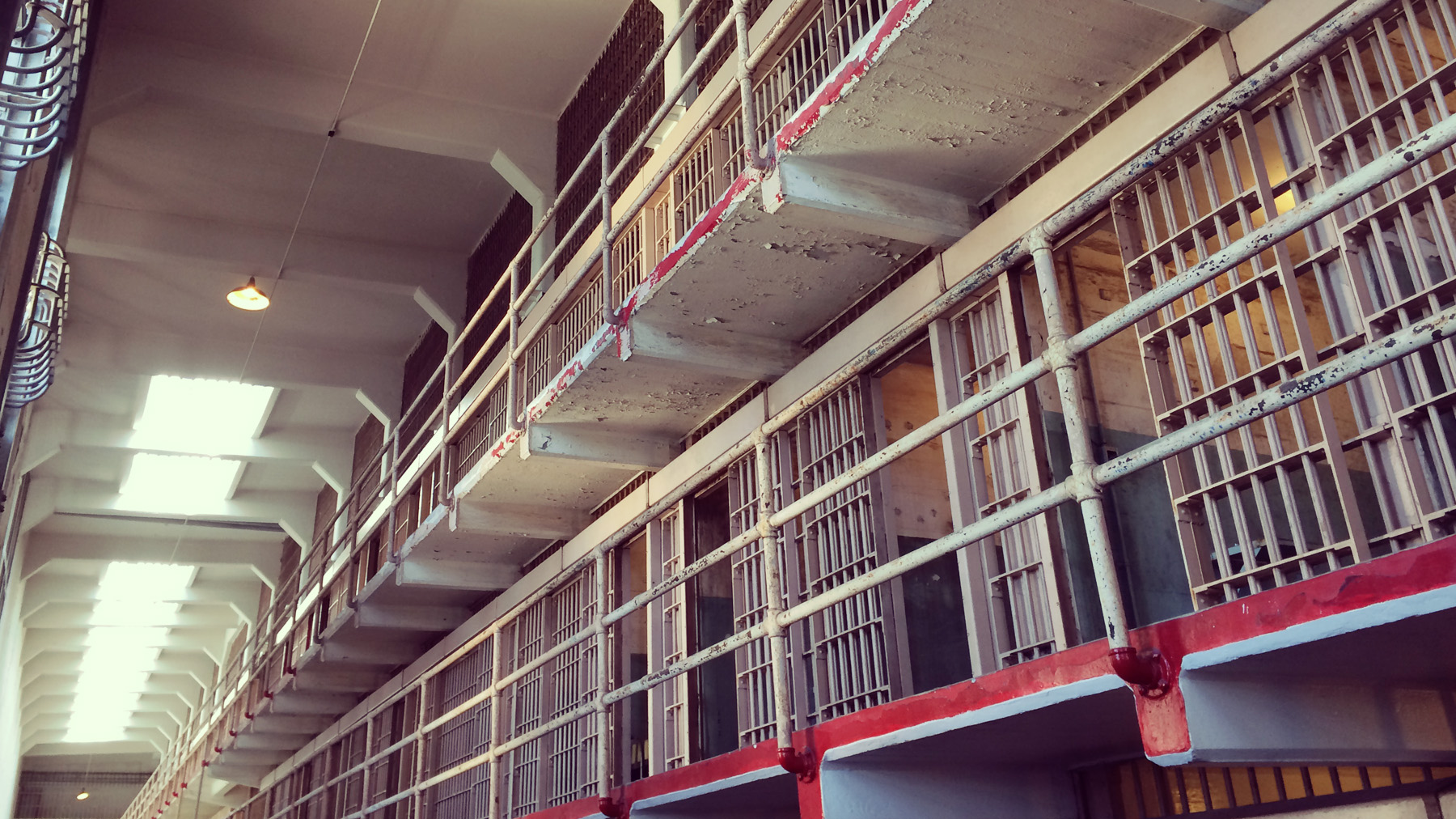 After Alcatraz, we hopped on over to Angel Island State Park and took a quick tram tour around it. It was such an amazing view. You can see San Francisco in its entirety in a lovely panorama. 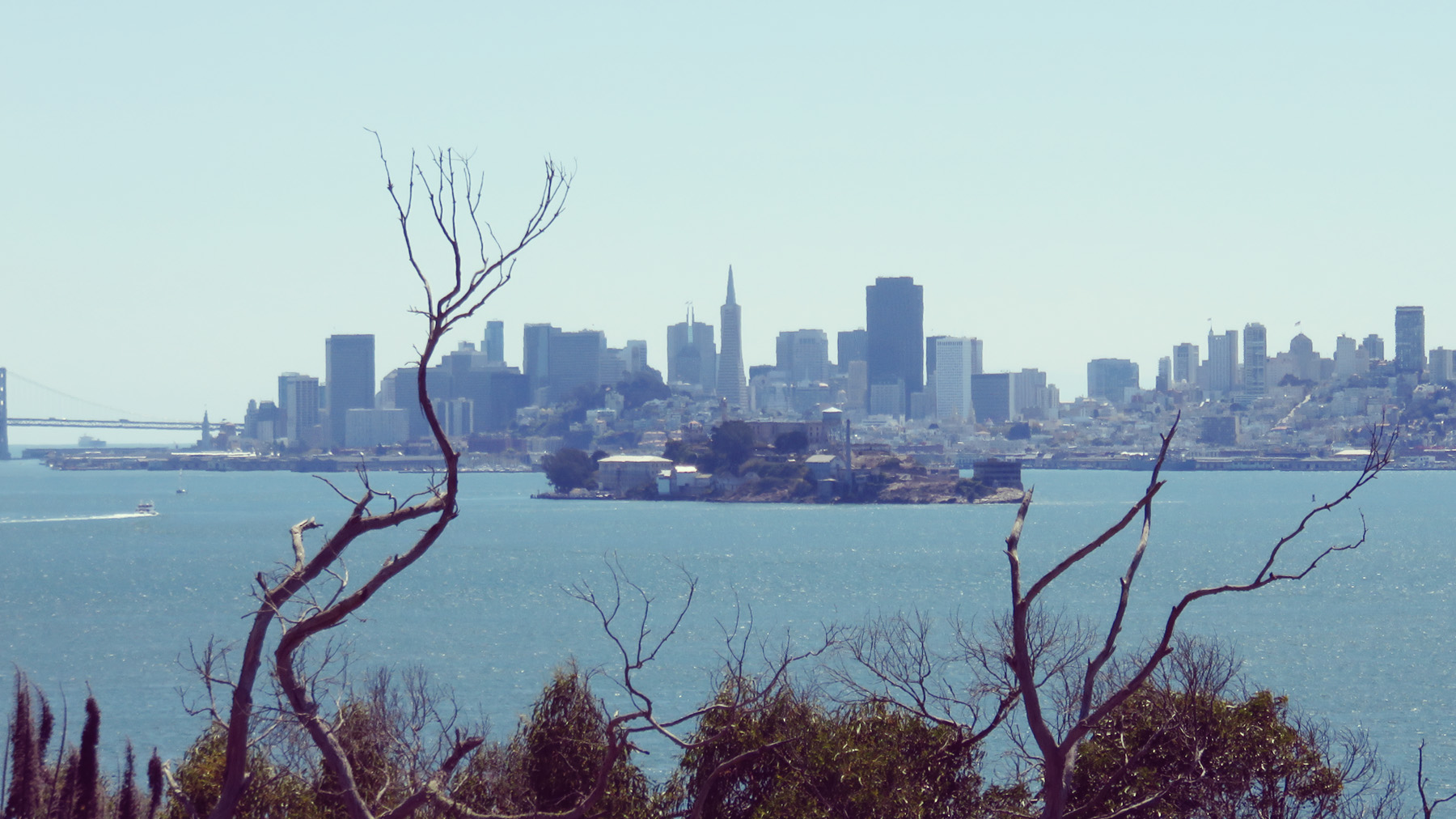 The old military garrisons were cool and I wish we would have been allowed off the tram to see the buildings up close but we’ll have to save that for another time! After Alcatraz, we walked around downtown a little in hunt for a shoe store. Both of our hiking boots needed replacing so we bought some. It was nice to do normal things like shop!

On Wednesday, we met up with Eric & Christine again to have some lunch and get the last bit of hang out time in. 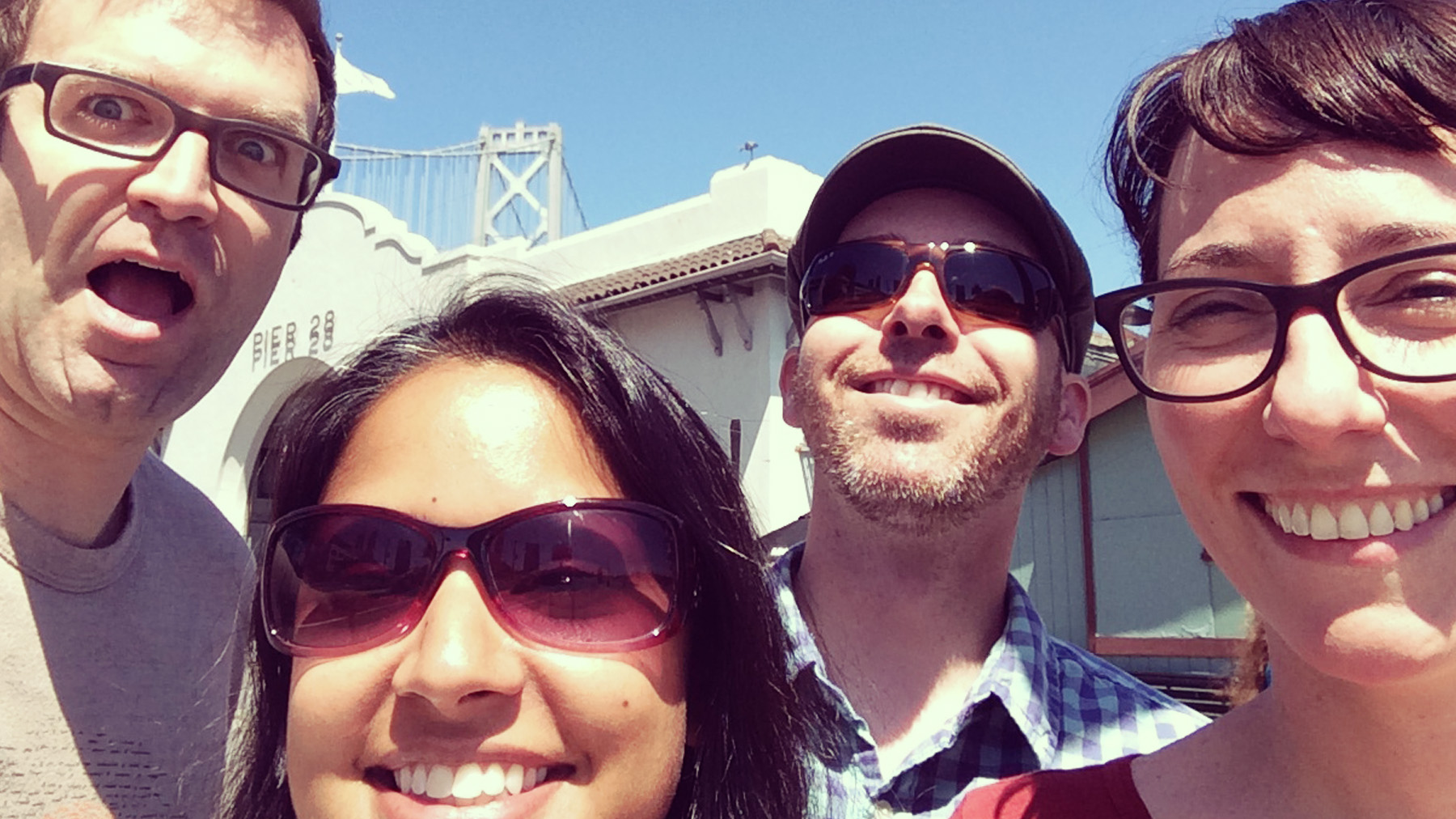 We woke up early Thursday as usual to prepare to hit the road again but decided to head to Muir Woods ‘real quick’. It was close by and we wanted another National Parks stamp. 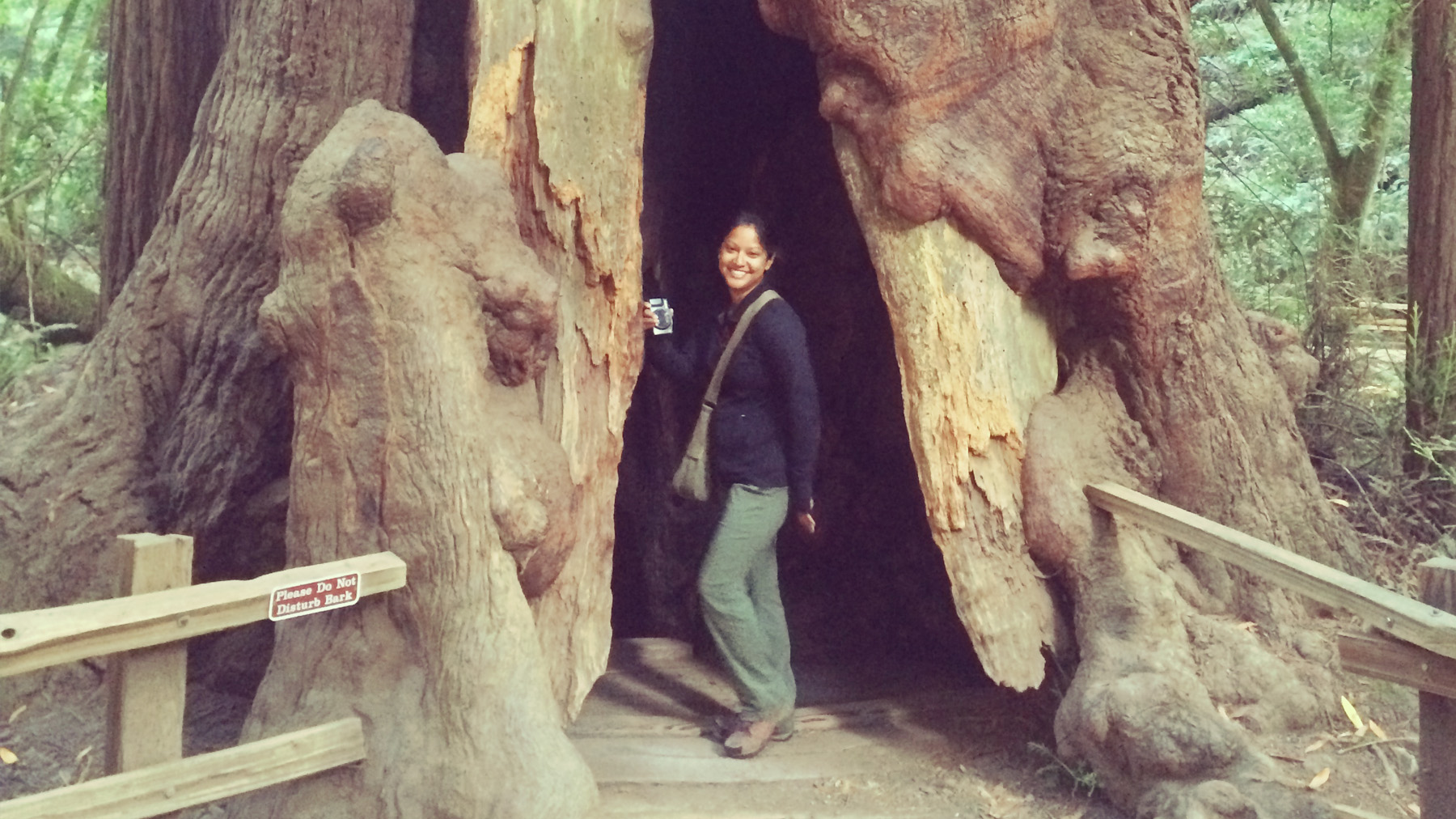 So we took an Uber car up there, walked around for a bit and then thought we could take a shuttle back to town to get Uber back. Turns out the shuttles don’t run on weekdays!! So we asked the lady at the desk about transportation. She told us of this Dipsea trail up to a small town where there’s a bus to take us into town. We started this hike not truly knowing how it would be. It was a 2 mile steep uphill hike. And we had barely 40 minutes with no water. And we made it! But no bus. Luckily, we were finally getting cell service so we Ubered it back to the RV.

Next up: Chowchilla, CA!