South Dakota! Land of many sights and few people.

South Dakota, where do I start?! As we left Minneapolis we stopped by my sister’s farm to say hi. Luckily it was my brother-in-law’s birthday, so all of my nephews and everyone from their side of the family was there to celebrate. It was good seeing everyone again. I spent a lot of time on that farm as a kid shooting my bb gun at yard trash. In fact one time I thought it would be a great idea to shoot at an aerosol can. Cue A Christmas Story memory!I readied my gun, aimed true and shot directly at it. I heard the bb hit dead center, and then I saw the bb coming directly at me in slow motion. It went from out of focus, to in focus to out of focus and hit me directly under my eye. So I guess for me the line would be “You’ll almost shoot your eye out!” After walking around the farm reminiscing and visiting all the farm cats & kittens we headed on down the road to South Dakota. 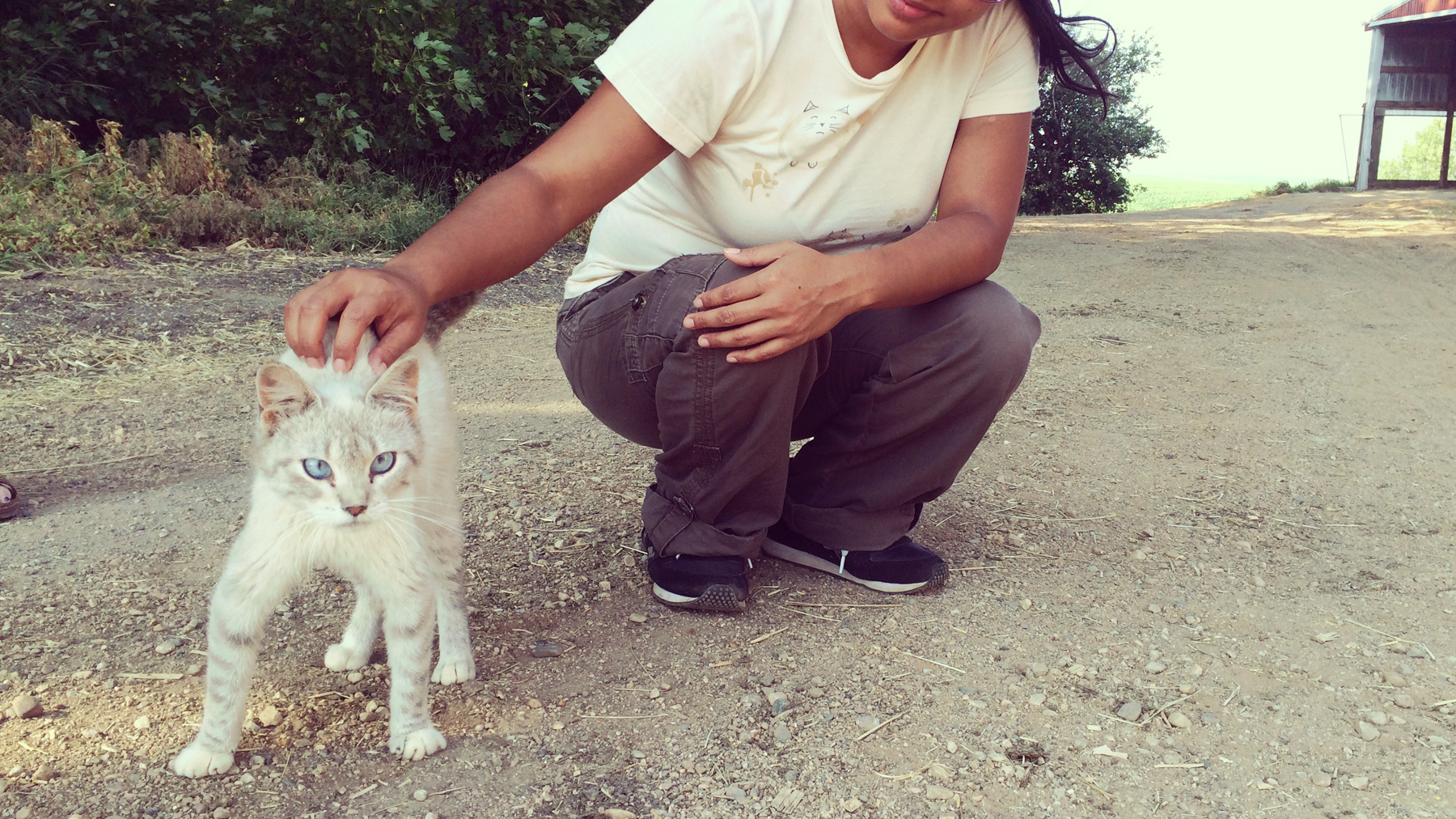 We were planning on staying in my home town of Brookings, SD, population 23,000 (with college in session, perhaps?), while we were there, but there was only one RV park. And it happens to be in a park I used to play in which is a block from my old house. It just seemed weird to be camping where I used to bury bandaid boxes full of change to fulfill my treasure hunting dreams. So we decided to stay a half hour down the road with my cousin Kotie in Chester, SD. Population 261. Chester is another town in which I spent a lot of my childhood. We parked in her driveway and used that as a home base for a few days. One of our days there we drove back to Brookings to hit our favorite burger joint of all time! Nick’s! Then we met up with an old high school friend of mine Stacy Bare (who is very tall). Stacy was recently named National Geographic’s explorer of the year. You should check out all the great work he’s doing with Vets. The rest of the day in Brookings was spent driving around and collecting a few GeoCaches. 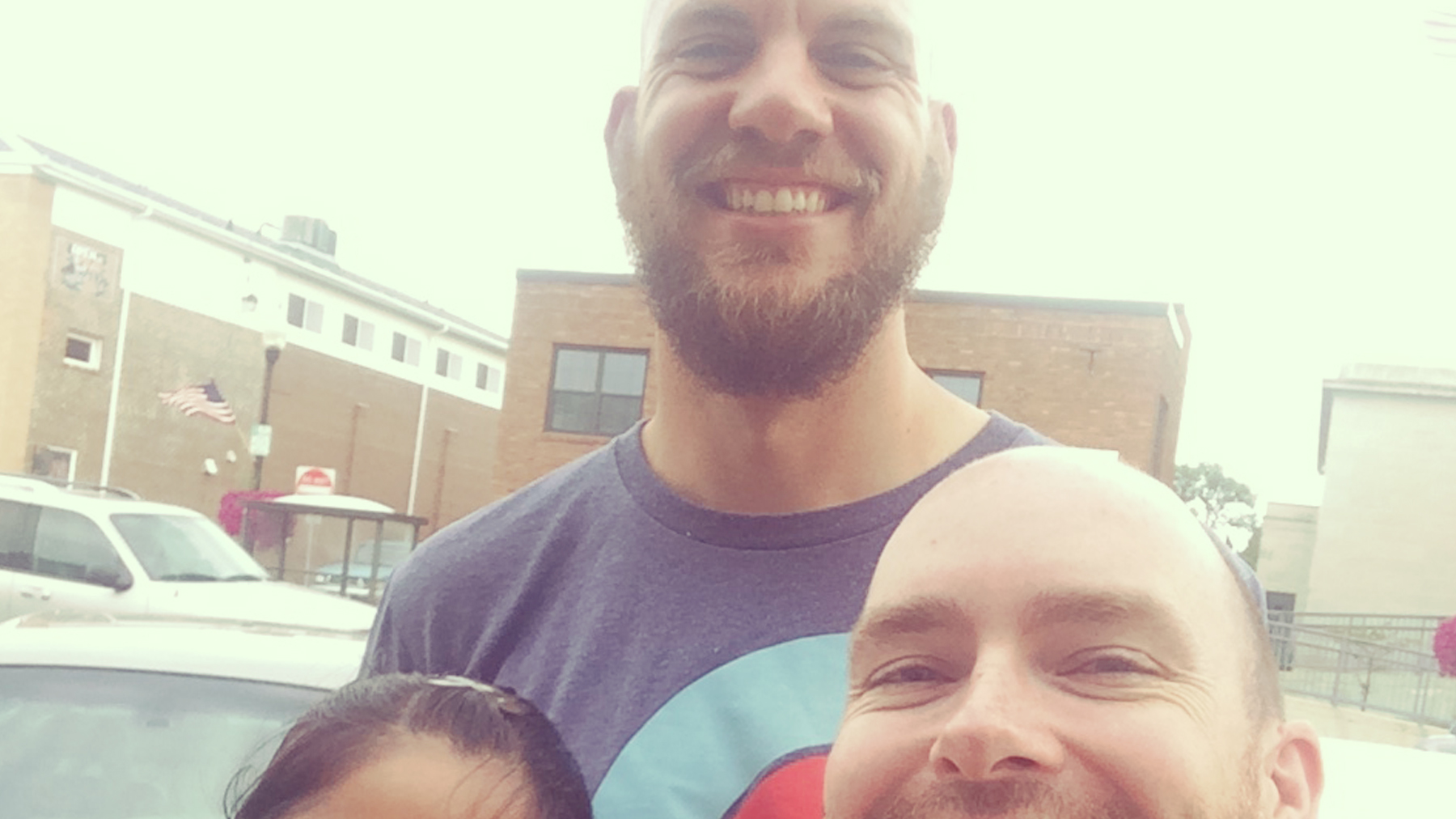 The next day, we drove down to Iowa to visit my Grandma in her retirement home. While visiting with her she said on the topic of aging, “they say you come into this world wearing diapers, and you leave the world wearing diapers” So I said, “I never took mine off, just seems easier that way” and with that she laughed, said it was gross and sent us on our way. I haven’t seen my grandma in a very long time and it meant a lot to be able to see her on this trip. For a 94 year old, she’s as sharp as a tack and has an incredible sense of humor! We left her retirement home, and quickly popped into Nebraska to knock it off our list and find another Geocache. 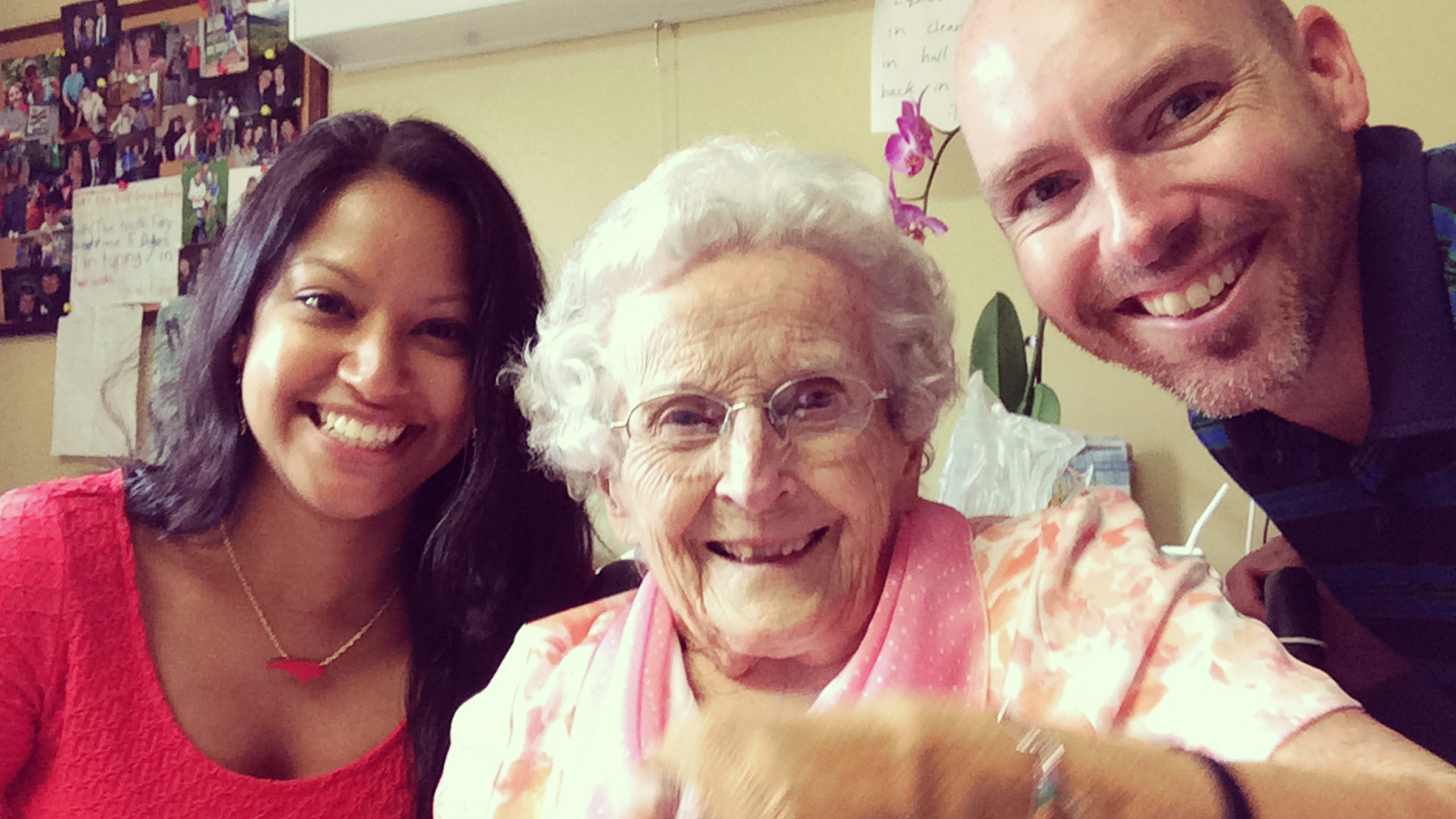 On the way back to Chester, we stopped by my Aunt and Uncle’s farm outside of Climbing Hill, Iowa. Population 97. Low and behold, my cousin’s daughters were there for a visit. They were who we visited in Myrtle Beach on our first trip in our RV. So not only have they gotten to see us twice they may get to see us again once we roll through their home of Kansas City! They are pretty lucky I’d say cuz Jeena and I are pretty fun people sometimes. My aunt and uncle’s farm is another place where I spent a lot of childhood, and the memories are always great. Jeena fell in love with their place on her first visit there in 2008, so she was glad to see it again. 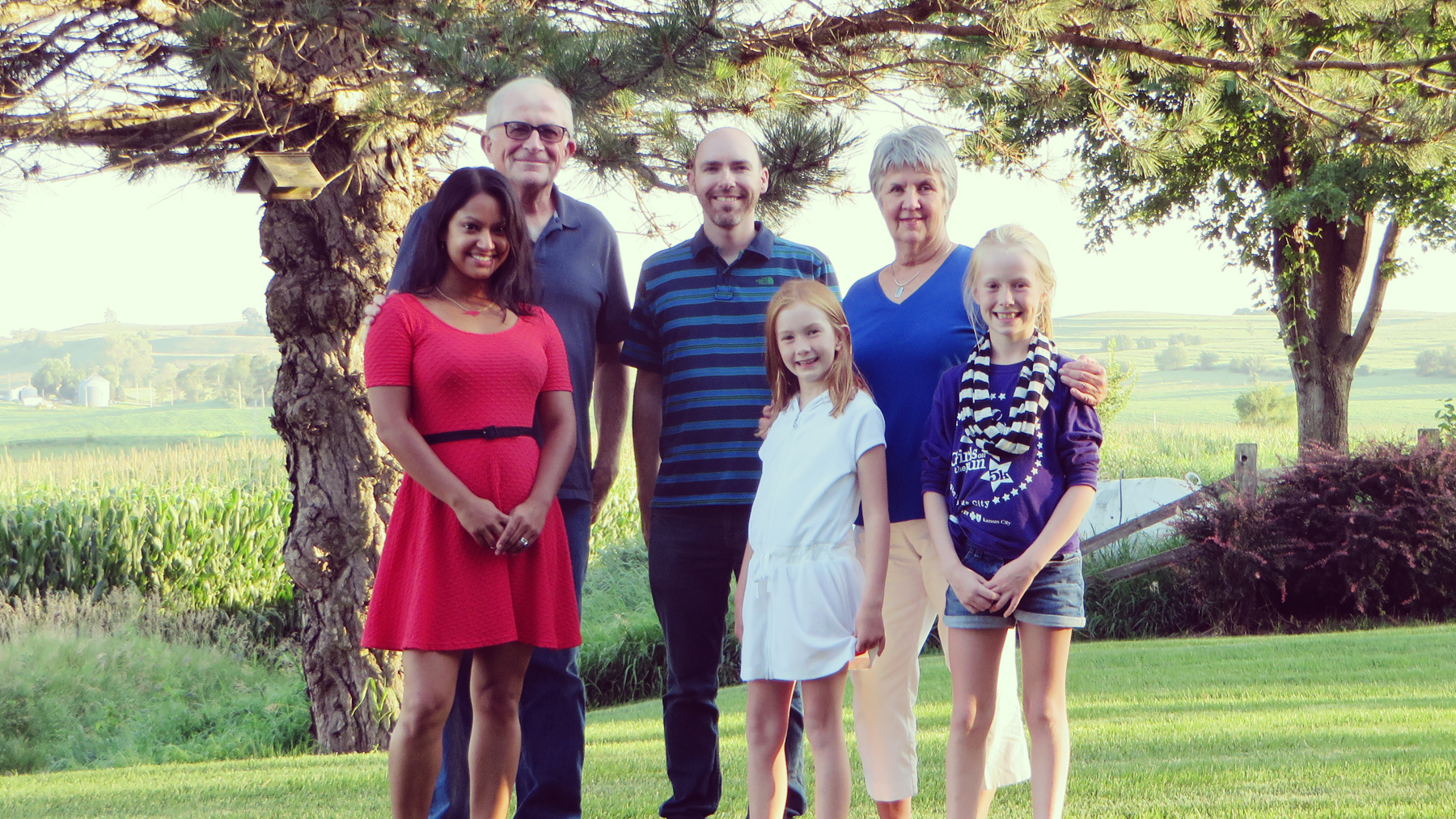 From Chester, we headed west toward the Black Hills. We were planning on cutting down and driving across Nebraska, based on a friend’s suggestion, since we had done the South Dakota drive before, but time didn’t allow for it unfortunately. So we drove west and stopped at tourist attractions such as The Corn Palace, Al’s Oasis, and Wall Drug to get our free ice water and to ride a Jackalope. We parked at a really nice campsite on a beautiful lake in Rapid City and set up shop for a week.

While in the Hills, we checked out Wind Cave (quite windy!), Jewel Cave (quite Jewely!), Mount Rushmore (quite facey), and The Crazy Horse Memorial (quite sane) , and numerous Prairie dog downs! (quite, uhm, doggy? Prairy?….ok I’m done) I’d write about the different facets of each of these things, but the pictures are all you need. 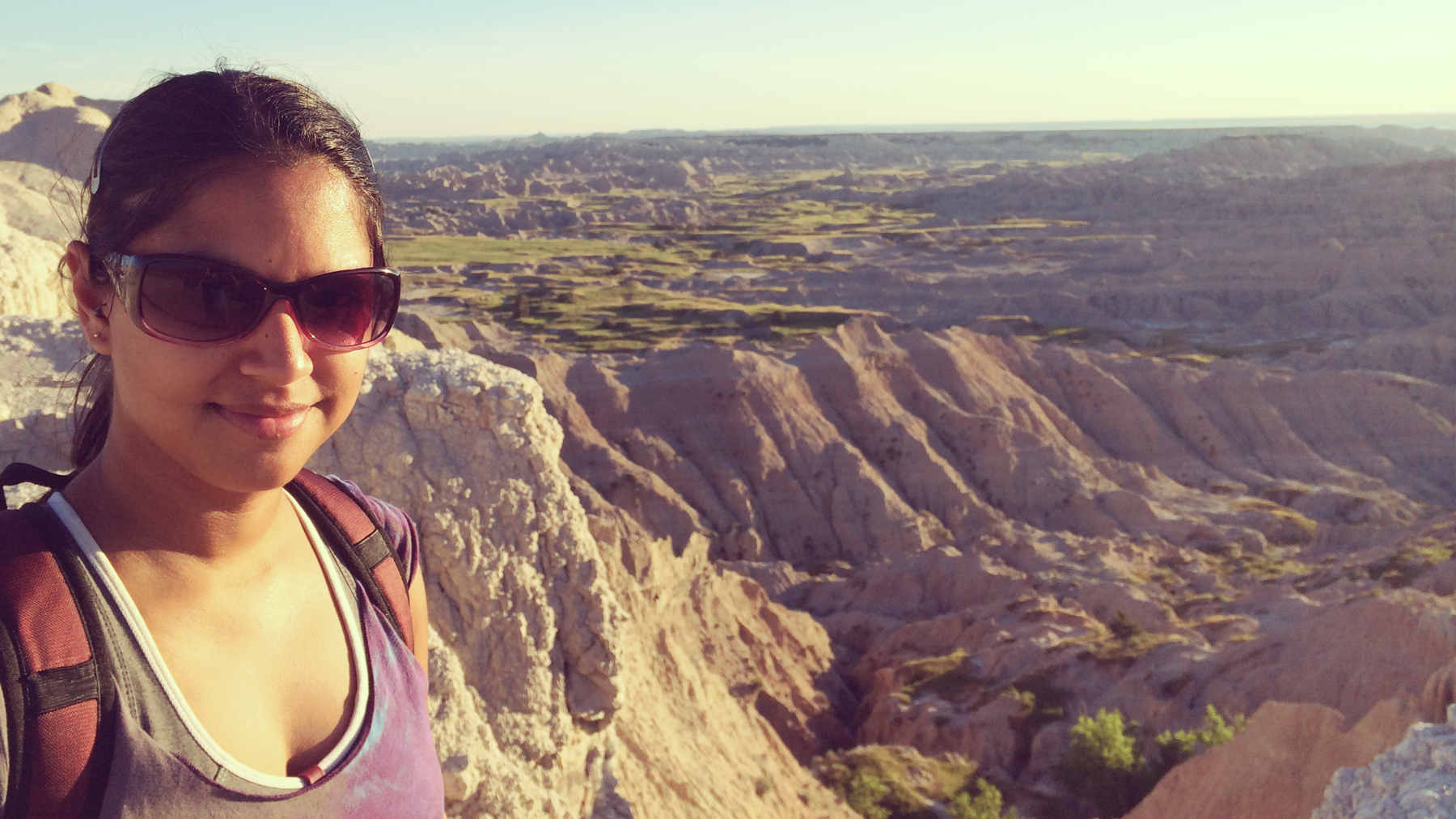 We also stopped by the Badlands. This place is awesomely otherworldly. And it’s also the place we picked up some hitchhikers for the first time!

Don’t worry before we pulled over we went down our check list of safety.
1. Are we in a National Park next to the Visitors center? Check
2. Are we in a rental car? Check
3. Do the hitchhikers look clean? Check.
4. Are they without pets? Check
5. Are they an attractive Israeli couple who just got married and are traveling the US for a 6 month honeymoon? CHECK!

Later that evening we attended an Astronomy festival in the Badlands. Sitting under the Milky Way during a moonless night in the Badlands was one of the most amazing things we have done. We saw more stars then we thought possible. There were numerous telescopes set up around to view different star clusters and planets. Jeena and I saw Saturn for the first time with our own eyes. Really, really, mind blowing. My inner redneck was exclaiming “How can something that looks so small be so big!” 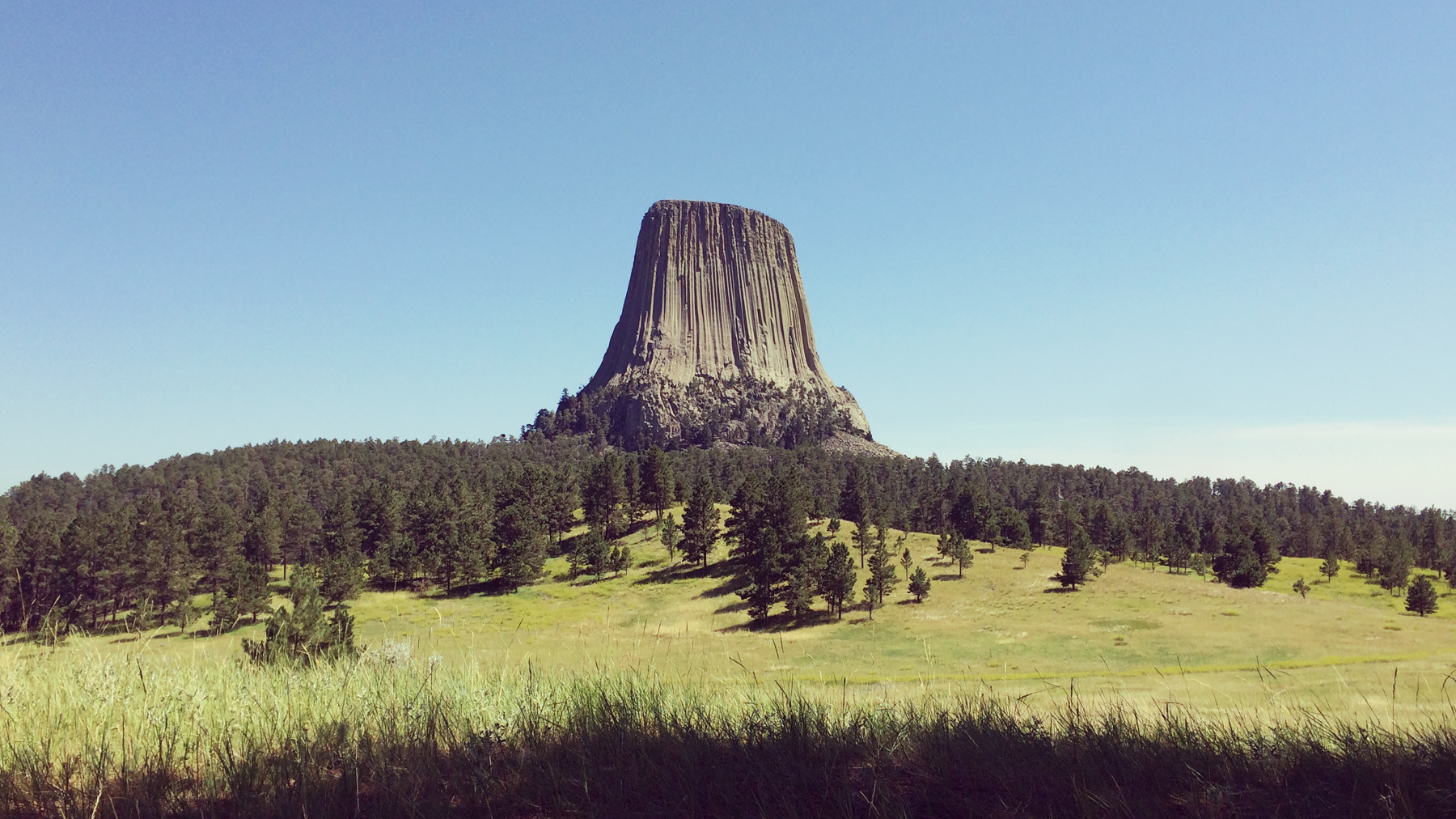 On one of our other days we drove out way out to Wyoming to check out the Devils Tower Monument! We did miss a few of our favorite spots in SD this trip like Custer State Park, and Needles Highway, but there’s always next time! Off to North Dakota!

2 Comments on “South Dakota! Land of many sights and few people.”