We left Kanab under threat of rain and head out for the super long day of driving. We took what would have been a 5.5 hour driving day and turned it into an 8 plus day by heading to Four Corners Monument to cross ol’ New Mexico off our list. Although I was hoping for a giant city on each side of the border, Four Corners turned out to be what I expected: a piece of concrete in the middle of the desert. It did seem like they were doing some renovations though. They are building a new visitors center, and hopefully will be creating an actual parking lot next to the site. Our RV didn’t like all the pot holes.

We rolled into Portal RV resort late into the evening and set up camp. The next day we rented a car so we could hit all the sites. We picked Enterprise since at our last Utah stop we picked a small town shop and about died because of it. Our first car was a 1990s Dodge Stratus with 50,000 miles who’s engine started making a crazy noise while in the desert,  we traded it out for an awesome 1990s Dodge Caravan with 70,000 miles. During a giant rainstorm one of our wipers actually fell off. So, this time we decided to go with a more reliable company.

That day we heard that there were crazy storms with flooding near Kanab and Las Vegas. The road from Las Vegas to Utah was washed out completely. Dodged that bullet! 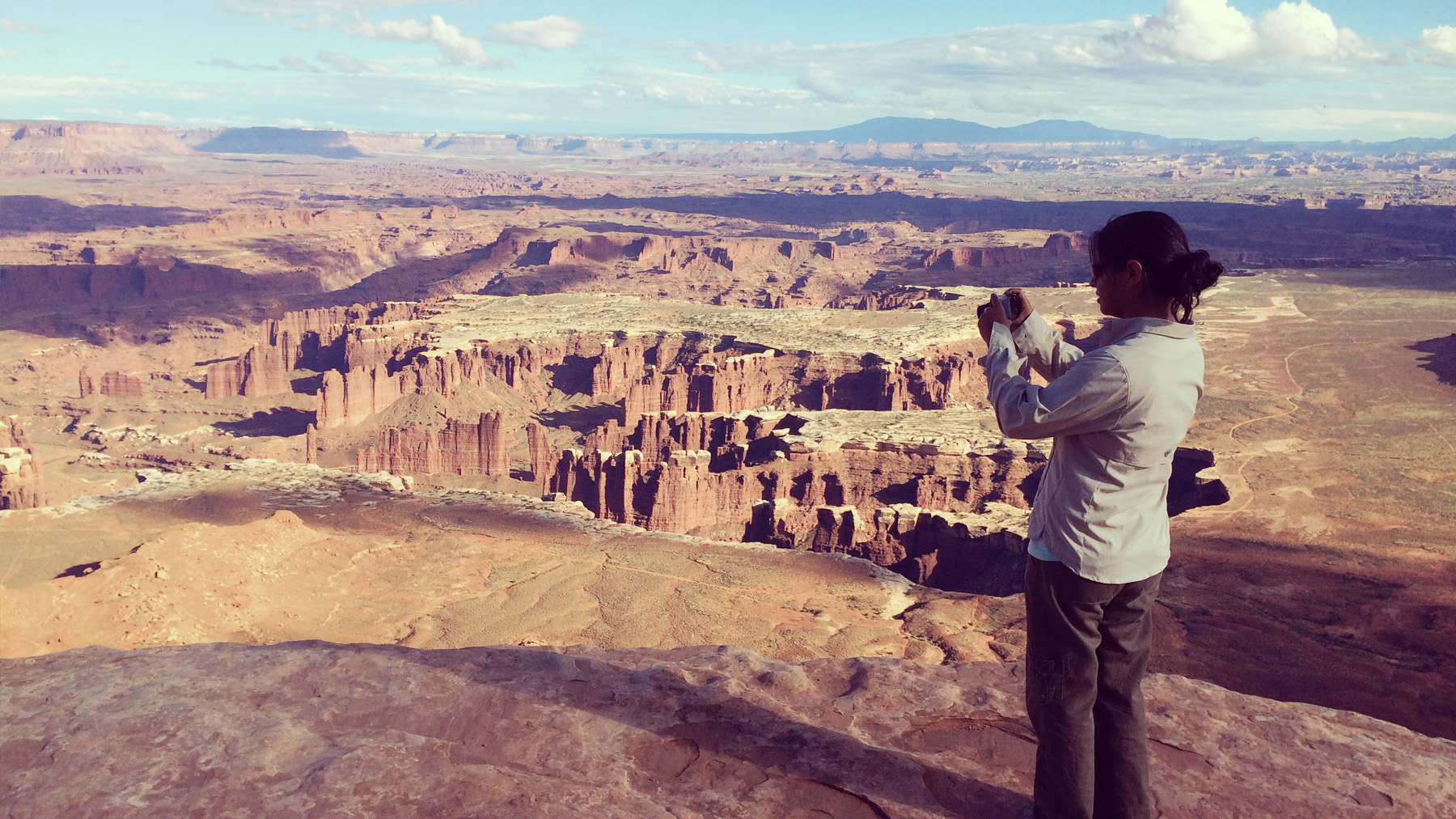 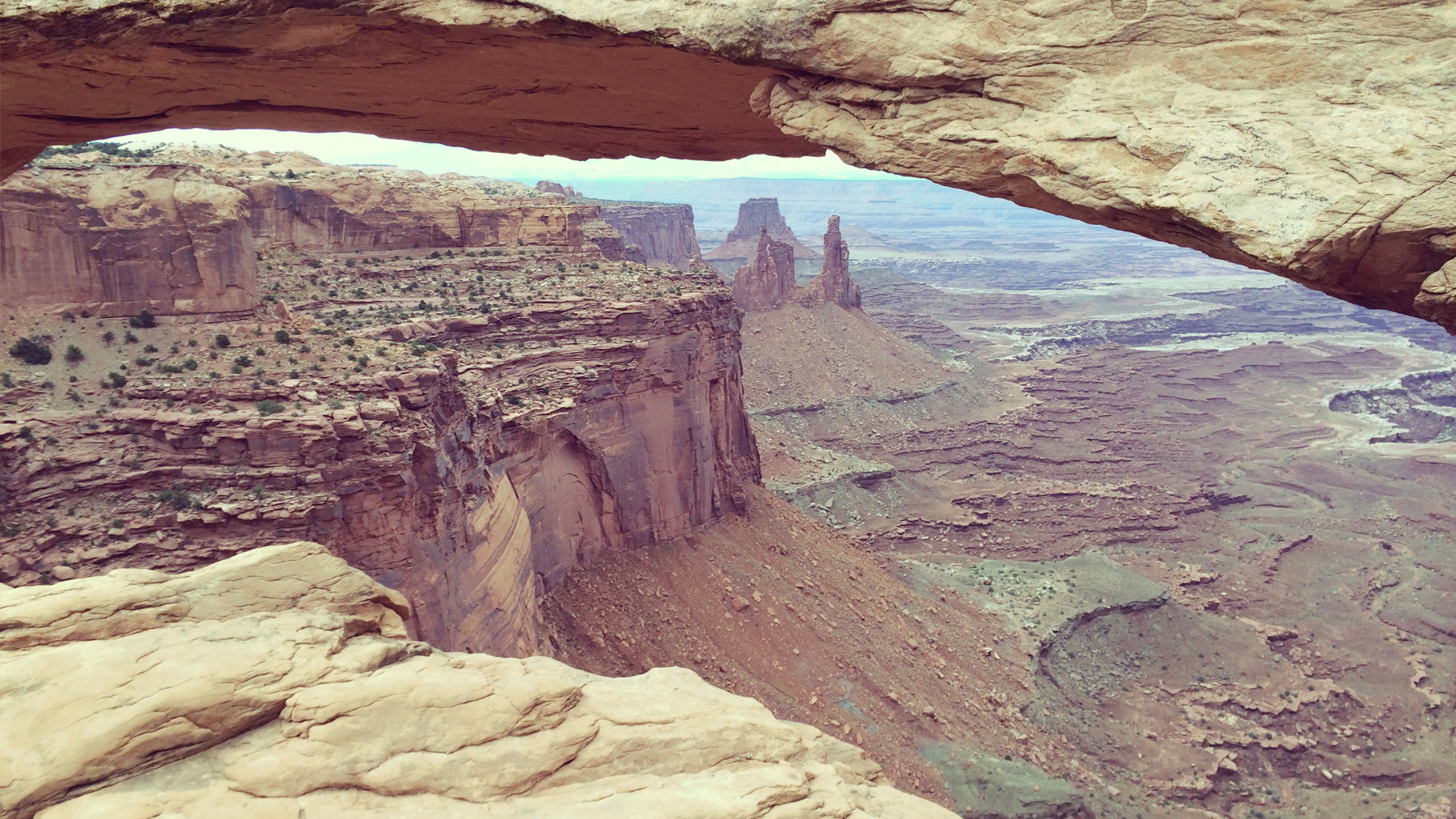 With bad weather and cars behind us, we hit Canyonlands National Park! Unfortunately, it was still pretty rainy, not death from above rainy, but it meant we couldn’t hike. So we took a nice drive around the park and got out for some breathtaking views. Our first stop was an overlook of a giant canyon, with an amazing rainbow. We stood there for what seemed like forever taking it all in. We hit the rest of the viewpoints for more eye candy and then head back home. 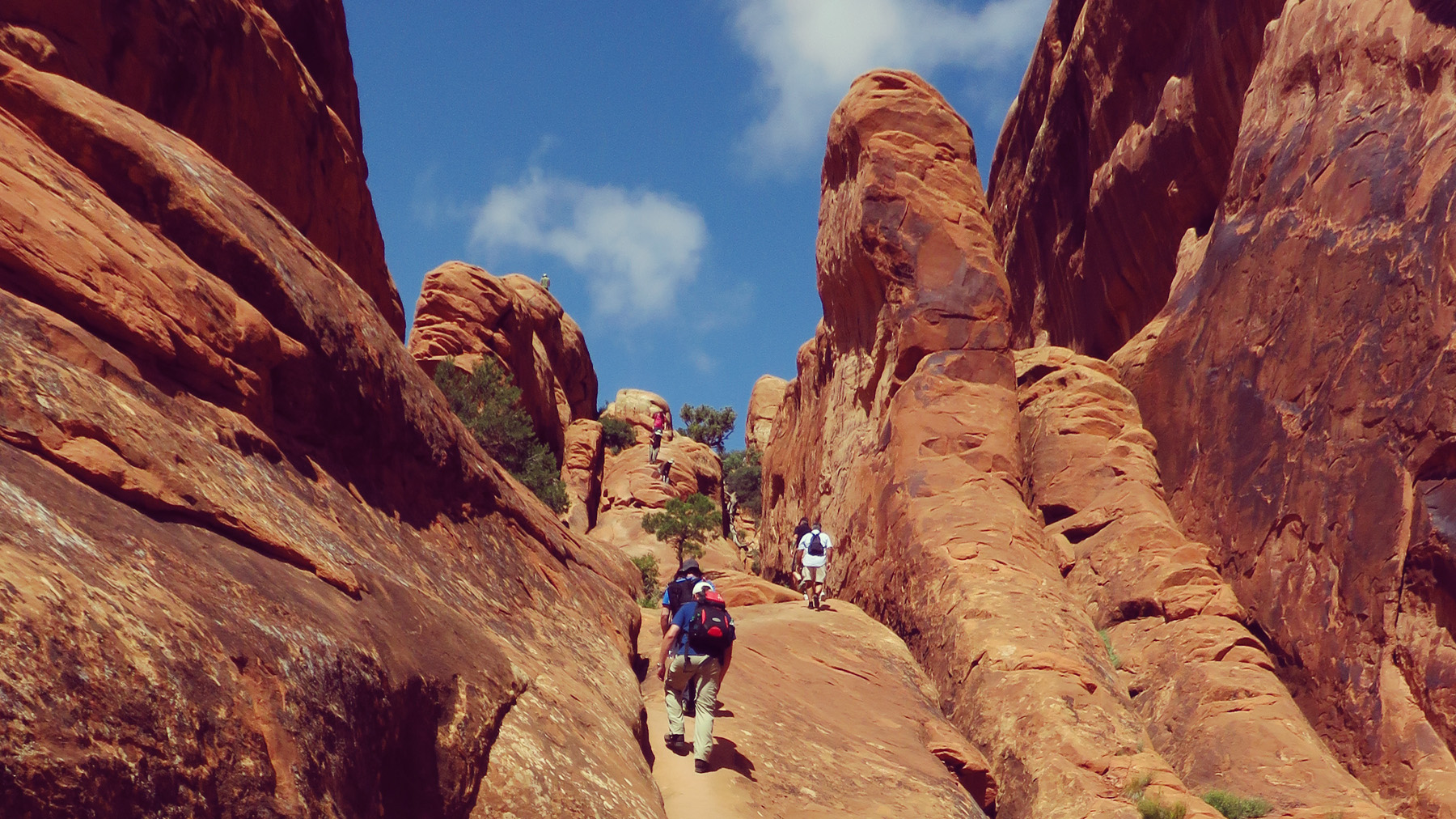 The next day, we hit Arches National Park. Due to all the rain, the most famous Arch, and the one featured on the Utah license plate (Delicate Arch) was inaccessible. So we decided to do a long hike through the Devils Garden. 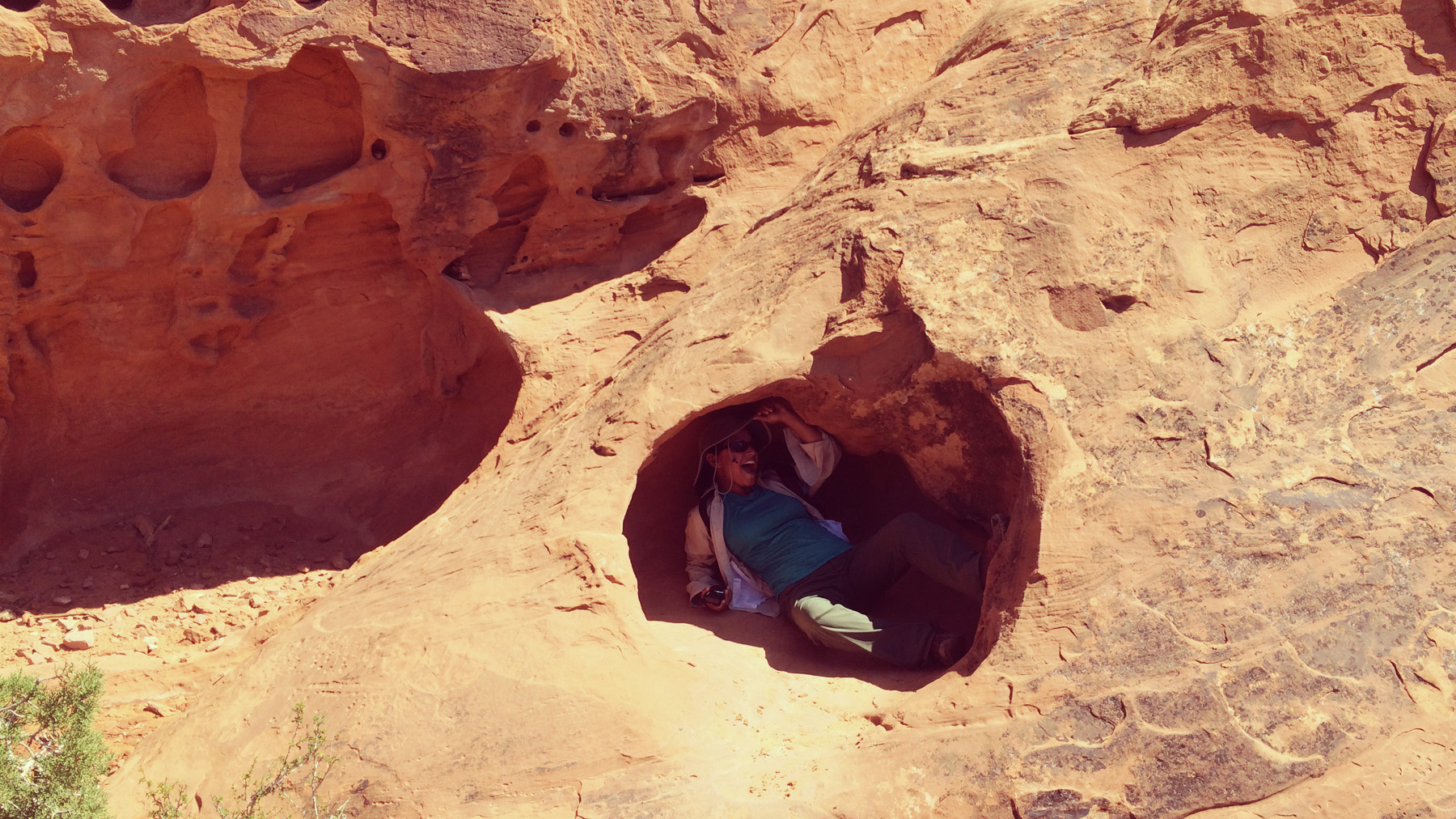 This trail started off paved, then turned into Semi Primitive (dirt path, over giant rocks), then turned into a Primitive trail (good luck, dummies!). The paved trail was easy. The beginning of the primitive trail was a little more difficult. It went straight up a slippery sandstone rock and dropped off on each side. I’m pretty afraid of heights but I’ve gotten less afraid with this trip by forcing myself way out of my comfort zone. I was able to make it up and down the rocks with a smile on my face and had a great time. 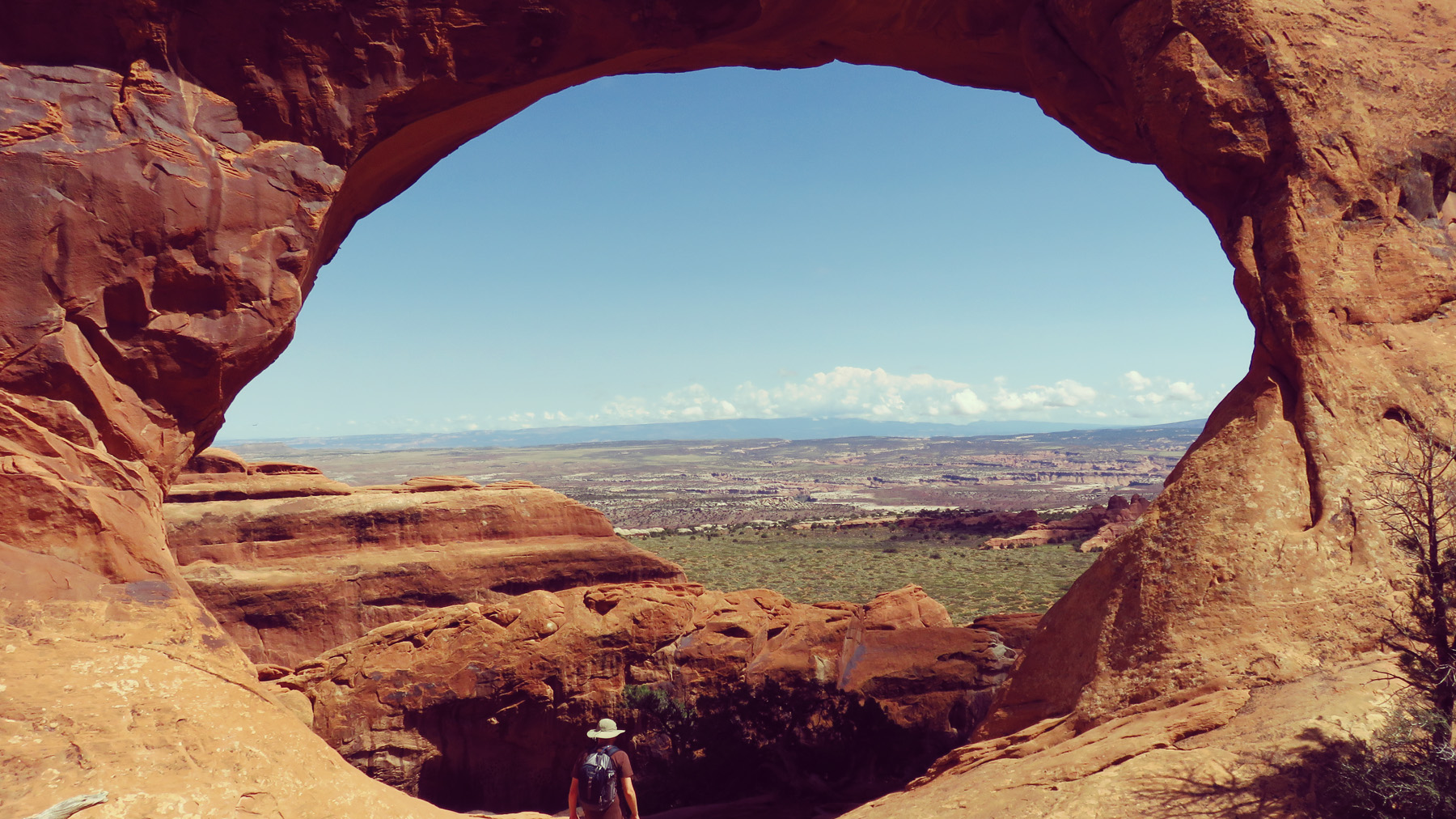 We were pretty worn out by the time we got to the primitive trail due to not enough water, altitude and a general out of shapeness that we have going for us, so we turned around and headed back to the car. 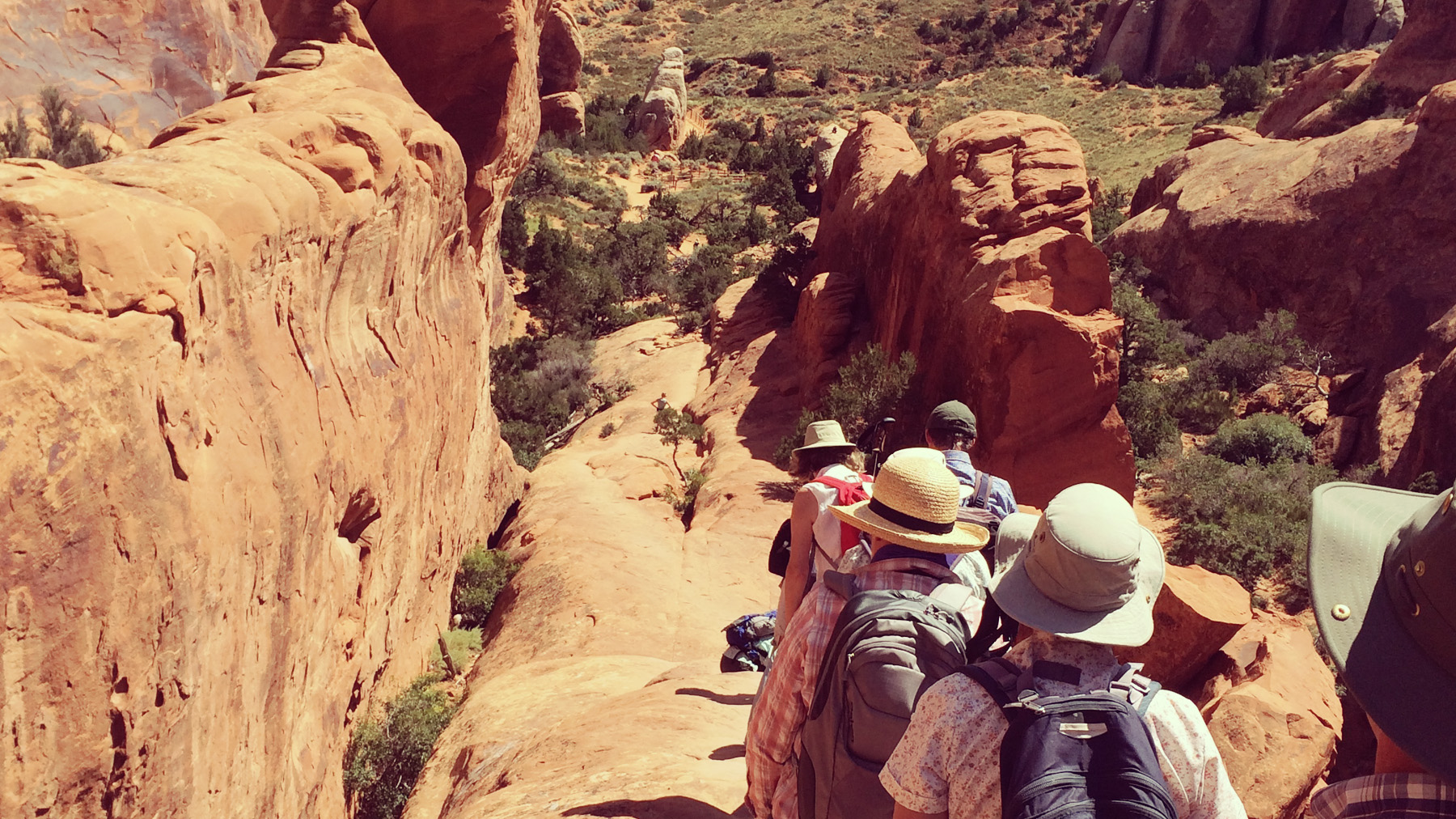 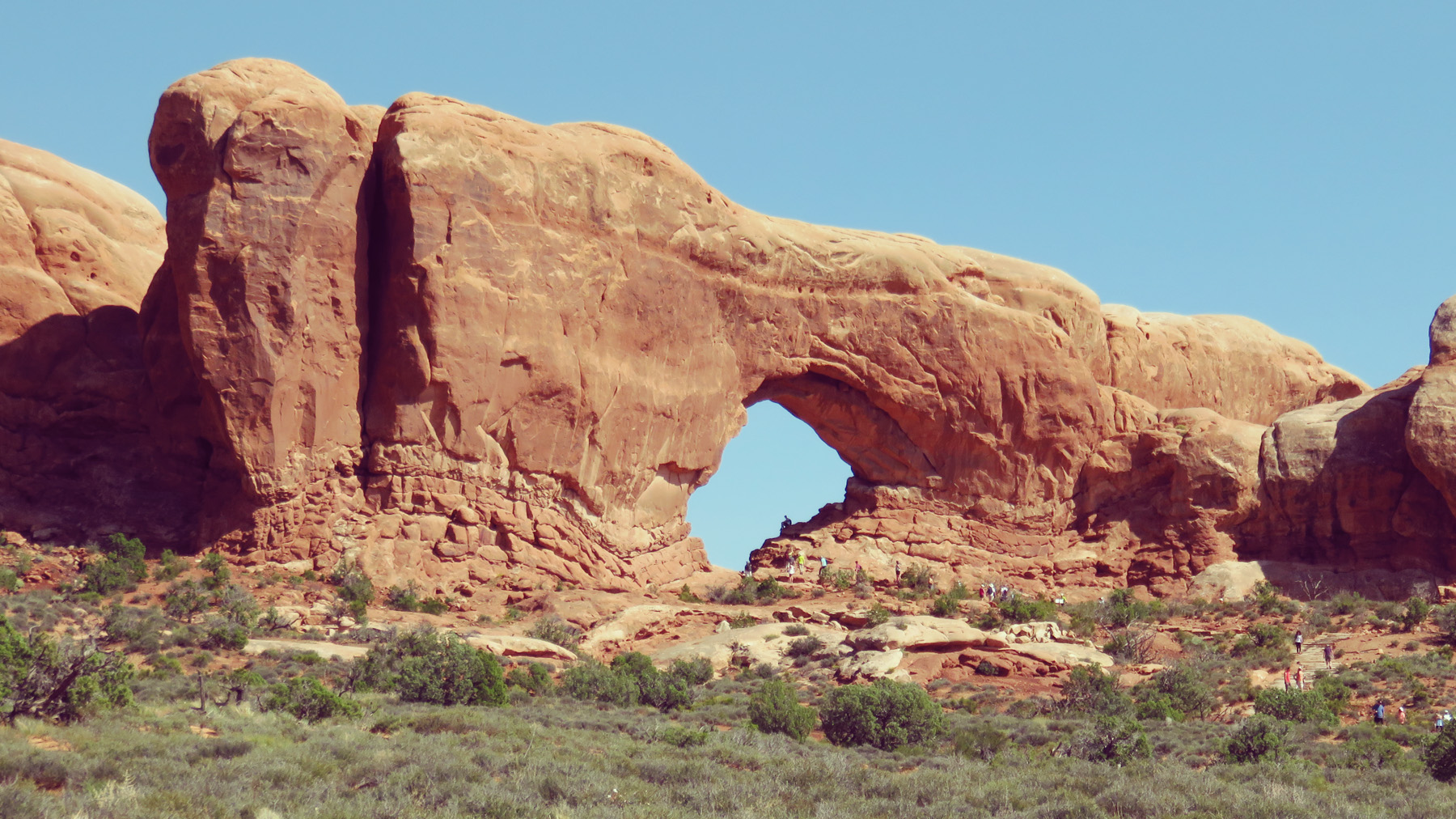 The rest of the day we drove to and viewed the rest of the natural wonders from the car. Again, this park was filled with way too many people. I’m seeing the only reason to become rich and famous is to get private tours of great spots like this.