We left New Orleans with heads a hurtin and took a long drive straight through Mississippi and Alabama. For the entire trip our RV was constantly pelted with mating bugs, disgusting! By the time we pulled into the RV park in the tiny town of Carrabelle Beach our rig was looking pretty morbid. The area was quite nice, right on the beach with a big pool (albeit filled with giant mating bugs). We hung out there for a day and then head to the “happiest” place in Orlando. Walt Disney World! 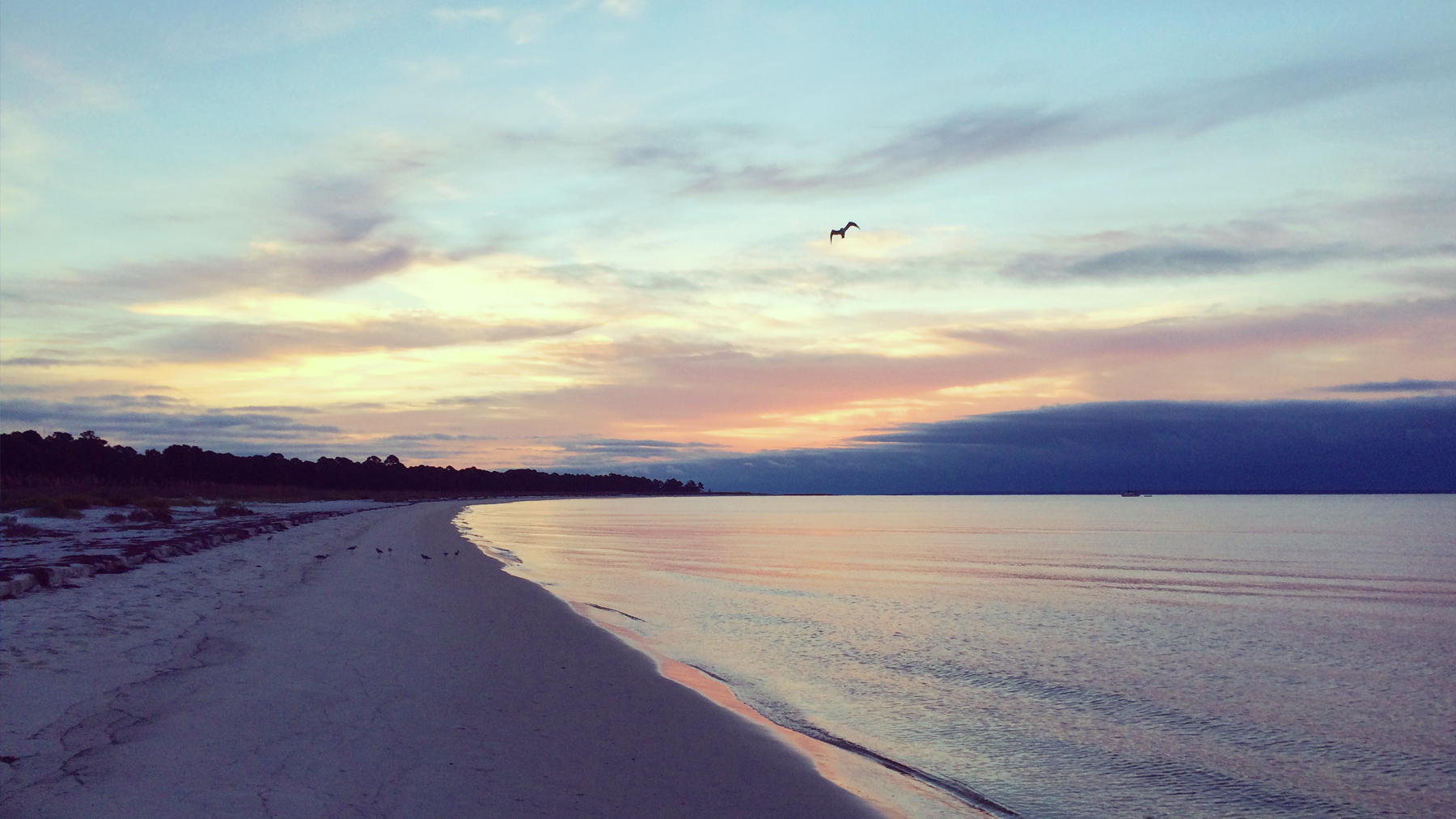 Our drive was filled with rain, but once we made it through the horribly confusing routes around Orlando, we set up in the beautiful Campsites at Fort Wilderness Lodge. This park was huge! It was quite nice and filled with geckos running everywhere. Tonka loved chasing them! We set up camp for the rainy evening, and prepared ourselves for the joy to come at Disney.

The next day we got up and worked until noon. We had purchased the Not So Scary Halloween party pass (since it was cheaper, and guaranteed almost no lines for the rides) which let us in the park at 4. So until then we hopped around the different resorts by monorail eating and drinking ourselves into “don’t be annoyed with all these kids” mode. We hit the park at 4 and started our evening. I hadn’t been to Disney World since I was a kid, so it was a nice familiar place to visit. And as much as we try to avoid kids, all the little kids in costumes were super cute. Yes, I said it. 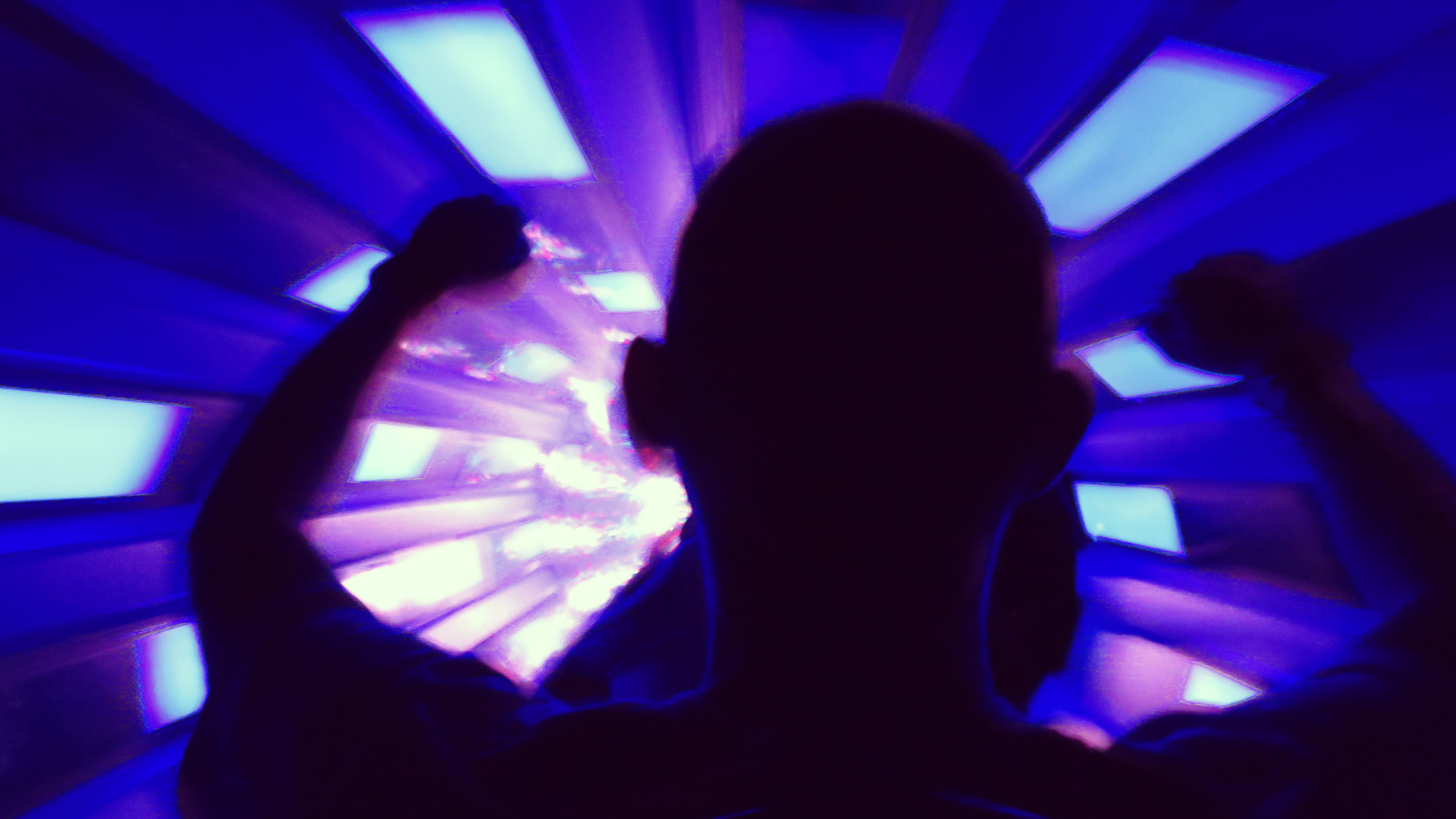 Now on to the rides! First let me say, SPACE MOUNTAIN IS AMAZING!!! I didn’t get to ride that as a kid since I didn’t hit the height limit till I was 22. So I’ve always wanted to ride this ride. And it delivered, several times, at light speed. All the rides except the new Seven Dwarfs Mine train, had a 5 minute or less wait. Because of that we rode almost all of them twice! Our last ride of the evening was on Thunder Mountain. We hit it earlier in the day but thought, lets hit it one more time on our way out. Right when it was our time to board, the coaster pulled up and everyone was soaked! We thought, did we accidentally get in line at Splash Mountain? Nope, apparently a torrential downpour started while these folks were on the coaster. We knew we were in for a crazy ride. We jumped into the wet cars and braced ourselves. The minute we hit outside, we were blasted in the face with monsoon force wind and rain. We couldn’t even open our eyes, and our screaming mouths were filled rain water. So basically the ride turned into a wet space mountain. Which was a lot of fun, but also super cold and a little painful. I really wanted to see the picture they took of us on the ride to see how we looked, but we totally forgot to check it out since we were trying to find a dry spot. We left the park with our clothes soaked to our bones, which grossly made our RV smell like a wet sock in the morning. 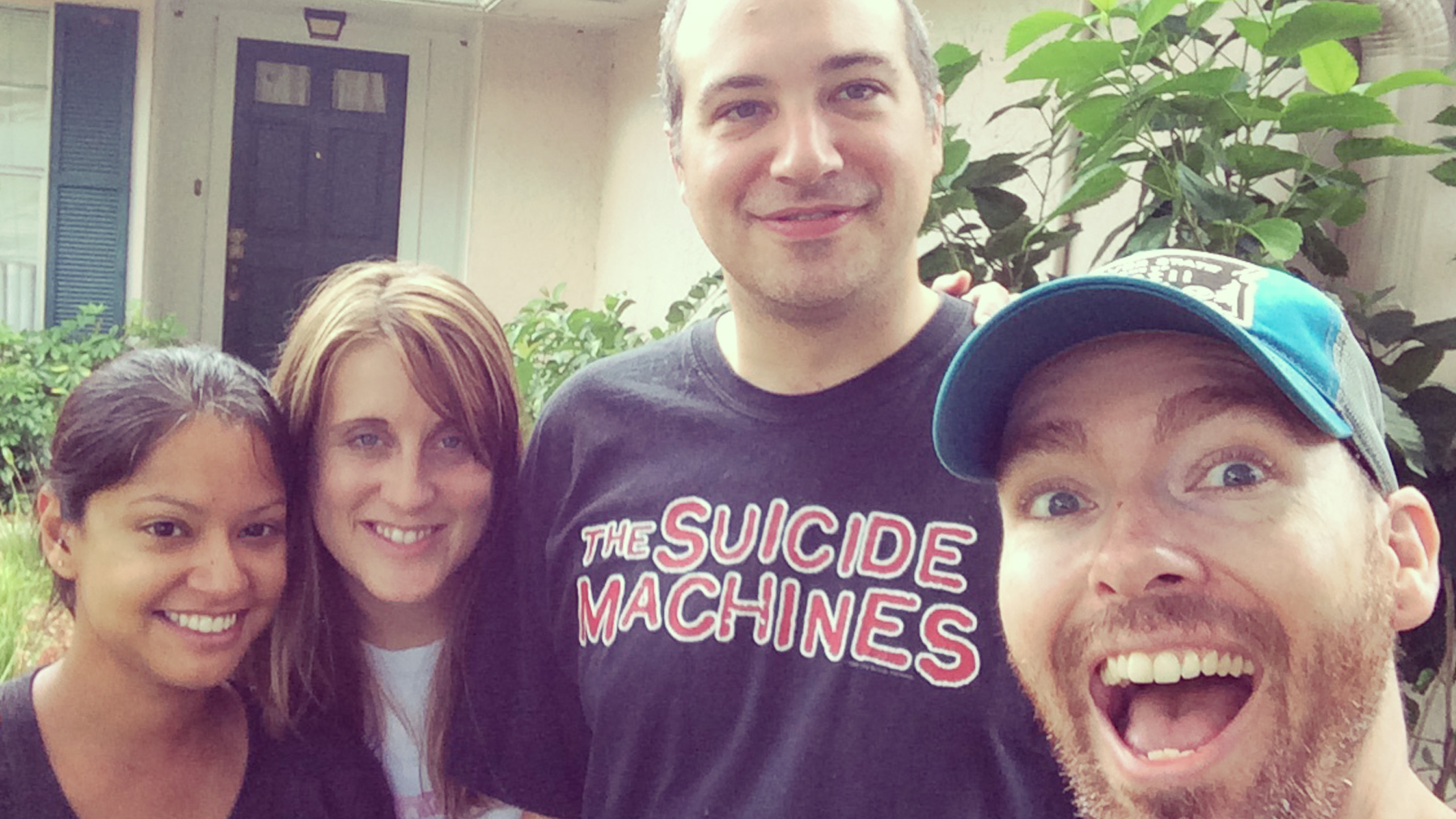 The next day we headed to Tampa to visit one of my old college buddies and his wife. Luckily, he works for the Tampa Bay Lightning, so I get to see him a few times a year when he is in town for games against the Hurricanes. But it was great spending a longer time with him on his home turf. We hung out by their pool, ate steaks and drank tons of beer. 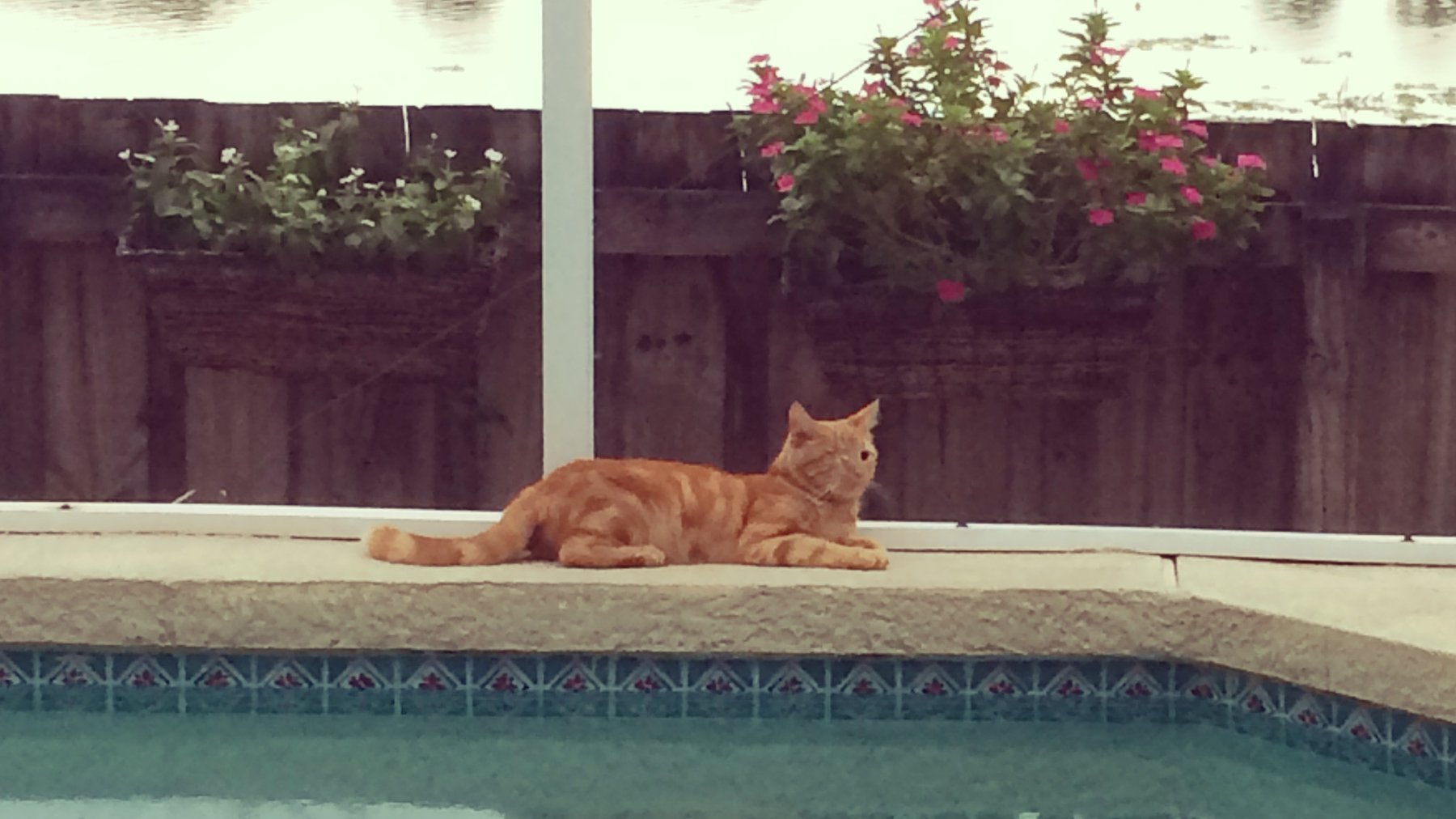 Not only did we like it but Tonka loved it too! He got to hang inside with their two cats and by the pool chasing geckos. I wish we could have stayed with them longer, but our trip ending deadline was approaching.

We left their place with plans on heading to Hilton Head, but we got a late start thanks to drinking and Jeena had come down with a pretty nasty cold. So we stopped at a KOA in St. Marys, GA. Nice little place to be stuck in a giant rain storm. It rained two inches on us that night and we awoke to find a lot of the campsite flooded. Luckily we were on high ground! So we packed up early, ate our free waffles from the front kitchen and headed to Hilton Head.

The Hilton Head RV park was NICE! It is a condominium type resort. Basically people buy their lots, make them all fancy then rent them out. Our place was super nice and level. The first day we were there it rained all day so we stayed in. The second day, Jeena was still dealing with her horrible cold, so we just biked around a bit, grabbed dinner and came home. It would have been nice to hit the beach, but weather and ailing bodies weren’t cooperating. Jeena could use some rest. Too bad the minute we get home we have to move into our new place, and I’ll be unable to help her the first weekend due to a 24 hour improv marathon I’m part of. We are hitting the ground hard when we hit our next and final stop, RALEIGH!

← New Orleans, LA aka birthplace of Me!
There and Back! →
Tweet